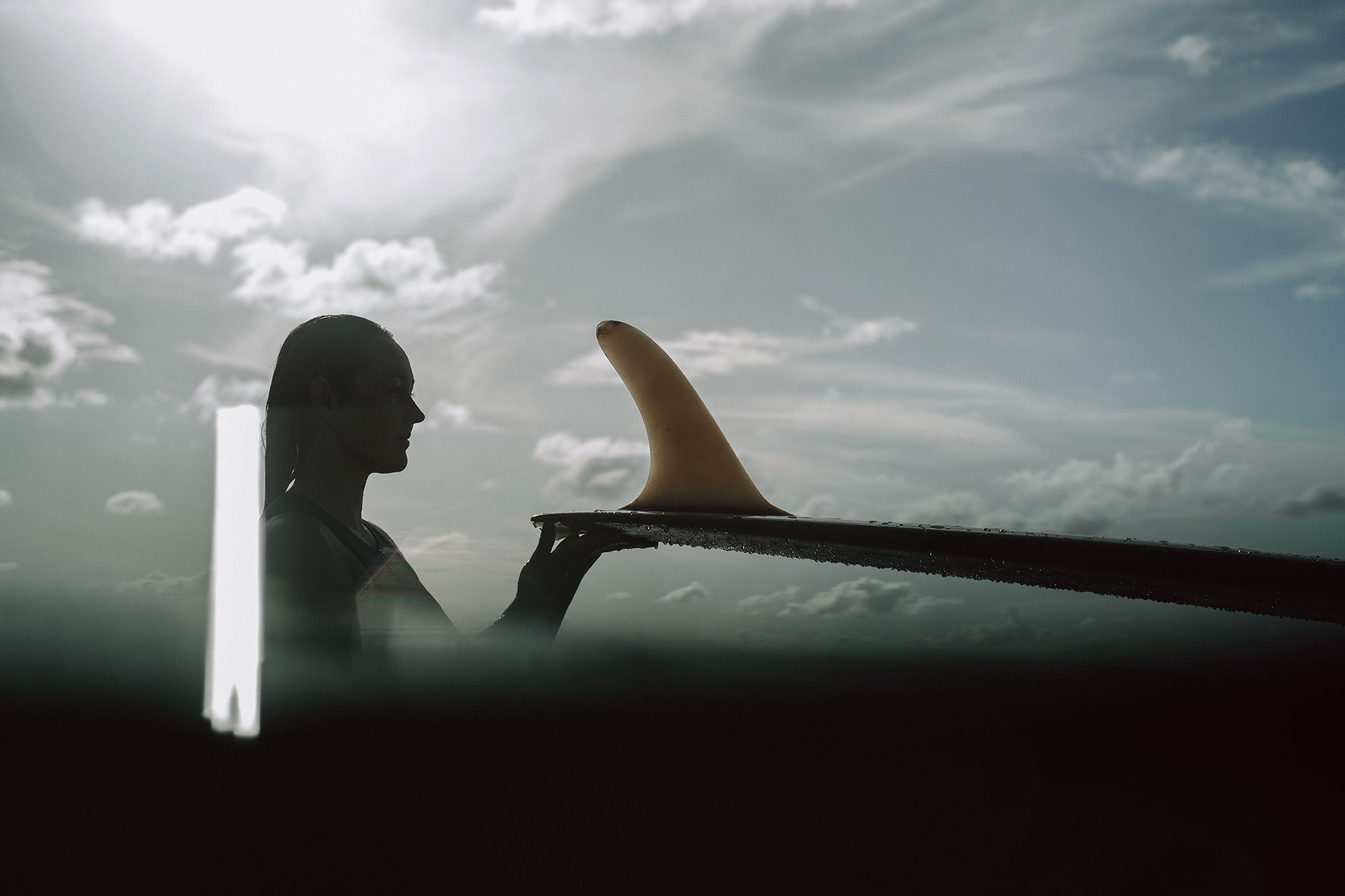 Each year a world-class field of longboarders descend upon the Sunshine Coast for the Noosa Festival Of Surfing. The event has been running its current form since 1998 and has become one one of the most anticipated happenings on the global surfing calendar.

While the festival is an eclectic celebration of surf culture and a carnival atmosphere permeates the expansive site, the competitors are there to win. Amongst the purists, the Old Mal division has traditionally been considered the most prestigious event on the contest schedule. Past winners include Harrison Roach, Matt Cuddihy and Matt Chojnacki. Of the 33 competitors who pulled on a singlet in the Old Mal division this year, only three were women. Hawaiian born, Aussie-based, Sierra Lerback, made history not only by being the first woman in the finals but by actually beating the boys and taking the first place trophy home!

Sierra secured her victory with a deftly executed hang ten that made the Noosa crowd wild with delight and the judges hastily punch in the highest wave score of the finals day. The masterful ride also earned Sierra the acclaim of her fellow competitors, who could do little but smile as they watched their chances glide away, 10 toes already wrapped around the trophy.

Conscious that her victory represented a giant leap forward for women’s surfing, Sierra happily dedicated the win to the cause. “This is for the girls!! To make women surf more!”

Here, Sierra talks us through her journey to the podium.Growing up in Hawaii, surfing came naturally.

Afternoons and weekends were always spent at the beach with friends and family. My dad used to bring me with him to the surf and I’d hang on to the front of his longboard when I was three, and when I was seven I competed in my first surf contest – the Hui O’Pokahu contest on the west side of Maui.

I’ve competed my whole life, a lot of it was very shortboard focused but I realised in high school I didn’t have the competitive drive, so I took a step back from competing seriously.

I started to enter longboard divisions just for fun and loved the whole vibe of the longboard scene. I first came to Noosa when I was 16 for the Noosa Festival of Surfing and have been back every year since – seven times in total.

I bought my Keyo old Mal last year, I’ve always loved how old Mals look and the romanticism around them. I’d thought it would just be a nice piece of history to have with me, not realising I’d genuinely love how the board surfed.

My old Mal now plays just as big a part as any other board in my quiver; some days it’s the perfect board for the conditions.

Entering the Old Mal division at the Noosa Festival last year was purely for fun and to be a part of an iconic event – I made it to the semis and was so beyond stoked.

I thought I’d give it another crack this year with no expectations or goals other than to have a good time. Every heat I surfed in could have well and truly been a final – it felt like they were all stacked with incredible talent.

As I progressed through the rounds, it was hard to believe what was happening. Then came the finals – it was beyond me to have made it that far and I was honoured to be the first female to do so. I would have been happy with dead last in the final but to take home the win is one of my proudest accomplishments.

“I don’t feel like I won, I feel like women won. To be able to be the first female to ever win the old mal is mind blowing and i’m so proud to be able to take this step from female surfers to show the world that we’re just as good as the guys when given the chance.”

The board Sierra was riding was from 1966 made by the iconic Kevin Platt in Sydney. Kevin Platt – ‘Platty’ – was part of an elite inner circle of the biggest names in Australian surfing that included Bob McTavish, Midget Farrelly, and Nat Young. His parents, Lance and Jean, were famous ballroom dancers who became surf industry pioneers with their ‘Platts’ line of boardshorts. Meanwhile, Kevin, who had an eye of for the subtleties of design and a scholarly appreciation of surfing history, became a celebrated shaper and a big part of surfboard evolution in Australia.

One of Kevin Platt’s signature design techniques was the use of a harder bottom edge, akin to the boards we ride today. Feel the rail on one of Kevin’s early boards and you can see he was on a track to the future.