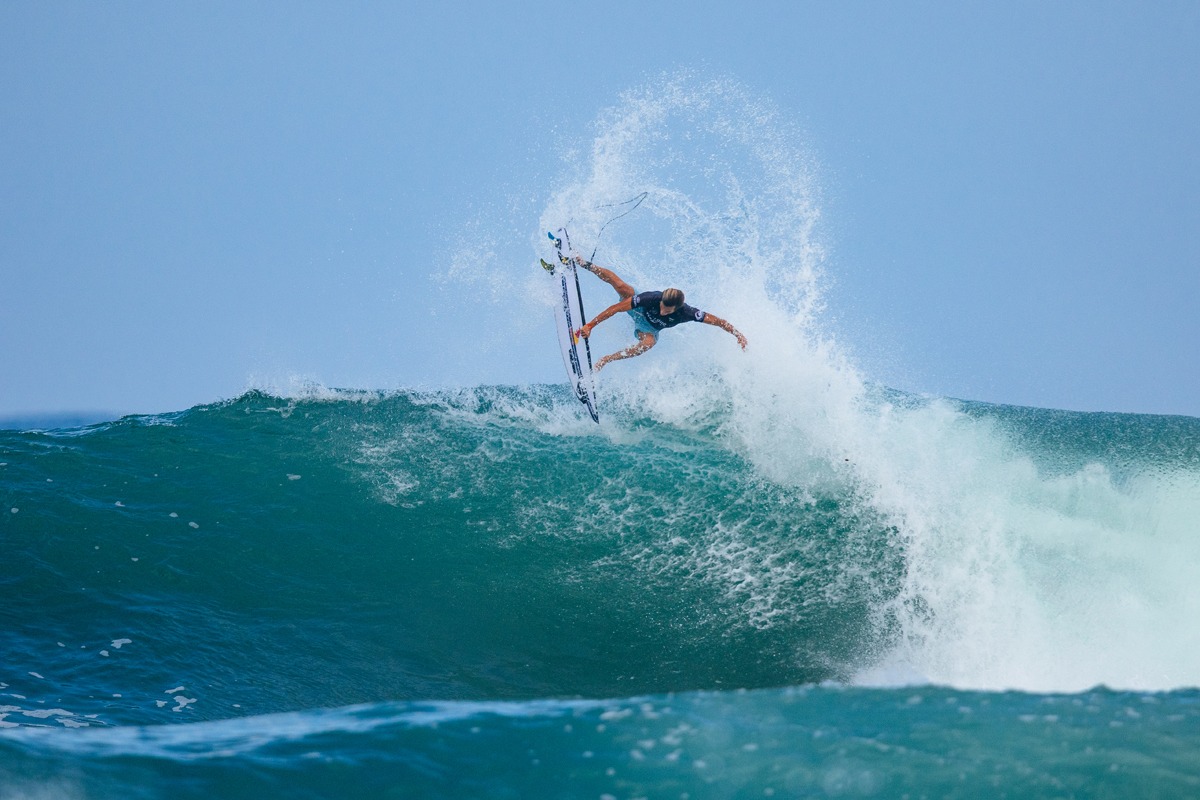 Mateus Herdy has a Monster Heat in Mexico

Sometimes a wildcard does everything you hope they will – they surf like they are at a disco where the only thing that will win the girl is the best dance moves. Mateus Herdy turned on the fever against Italo Ferreira in the final quarter-final of the men’s event.

The distinguishing feature of Mateus’s approach was his willingness to fearlessly attack the opening section. Double grab airs, fierce lay-back snaps, and hucked grab rail snaps all featured in the dazzling display by Mateus. At first, the judges were a little bamboozled and gave Italo the edge in the toe-to-toe match-up. However, with a few minutes to go Mateus teed up on the biggest single move of the event, tearing the roof off with his opening turn on a solid six-foot section. It was committed, it was radical, it was stylish and it was high-risk. The judges had no choice but to give him a 9.27 and the win over the world champion. More of the same please Mateus. Looking forward to seeing him blast off against Jack Robbo in the semis.

In quarter-final one Devid Silva’s pocket-dynamo snaps overwhelmed a mediocre-looking Gabriel Medina in another upset and Leo Fioravanti overpowered Conner Coffin with an inspired performance. The two will meet in the first semi-final. Jack Robinson surprised everyone by progressing to a semi-final in a point-break. The Sharp Eye craft are giving Robbo a little more forgiveness than his knifey Arakawas and his all-around approach is improving with each event. At 25 on the rankings, Robbo is right on the bubble and the big result here should ensure he secures his spot on tour. Silva was also on the bubble at 27 and needed the result to keep his CT dreams alive. 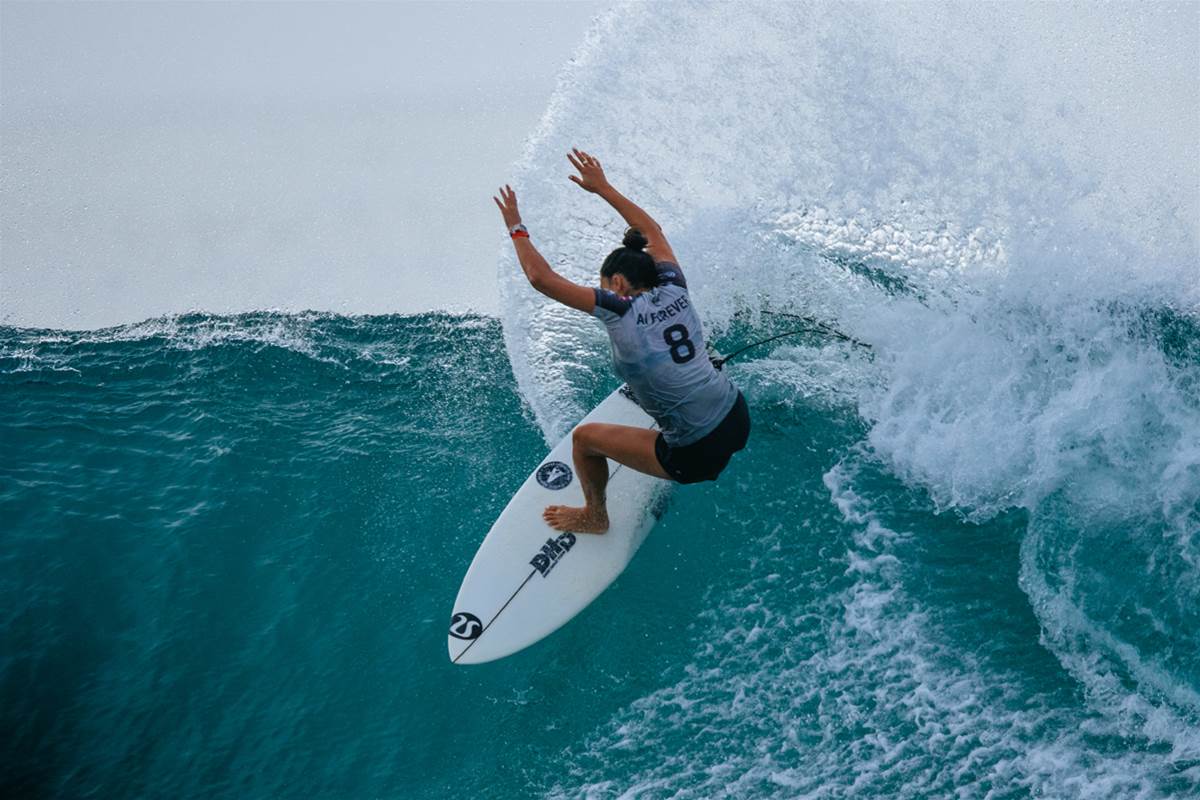 Malia Manuel has been surfing with power, precision, and finesse. Photo: WSl/Heff

In the women’s event, Malia Manuel was the big-improver, slaying velvety Mexican walls and shedding a genuine tear for her old mentor Andy Irons, as she sported an ‘Andy Forever’ tribute jersey. Malia will meet Sally Fitzgibbons in the first semi while the showdown between Steph Gilmore and Carissa Moore will be a doozey as both shape up for the finals series in Trestles.

Ah Mexico, you know something is good when it’s the last thing you want to see before you go to sleep and the first thing you crave when you wake up in the morning. That’s kinda how it’s been if you were watching from Oz.

The other big news, (besides the cancellation of Tahiti), is the release of the official list of world title contenders in the Rip Curl finals series at Trestles. They are (order to be finalised)