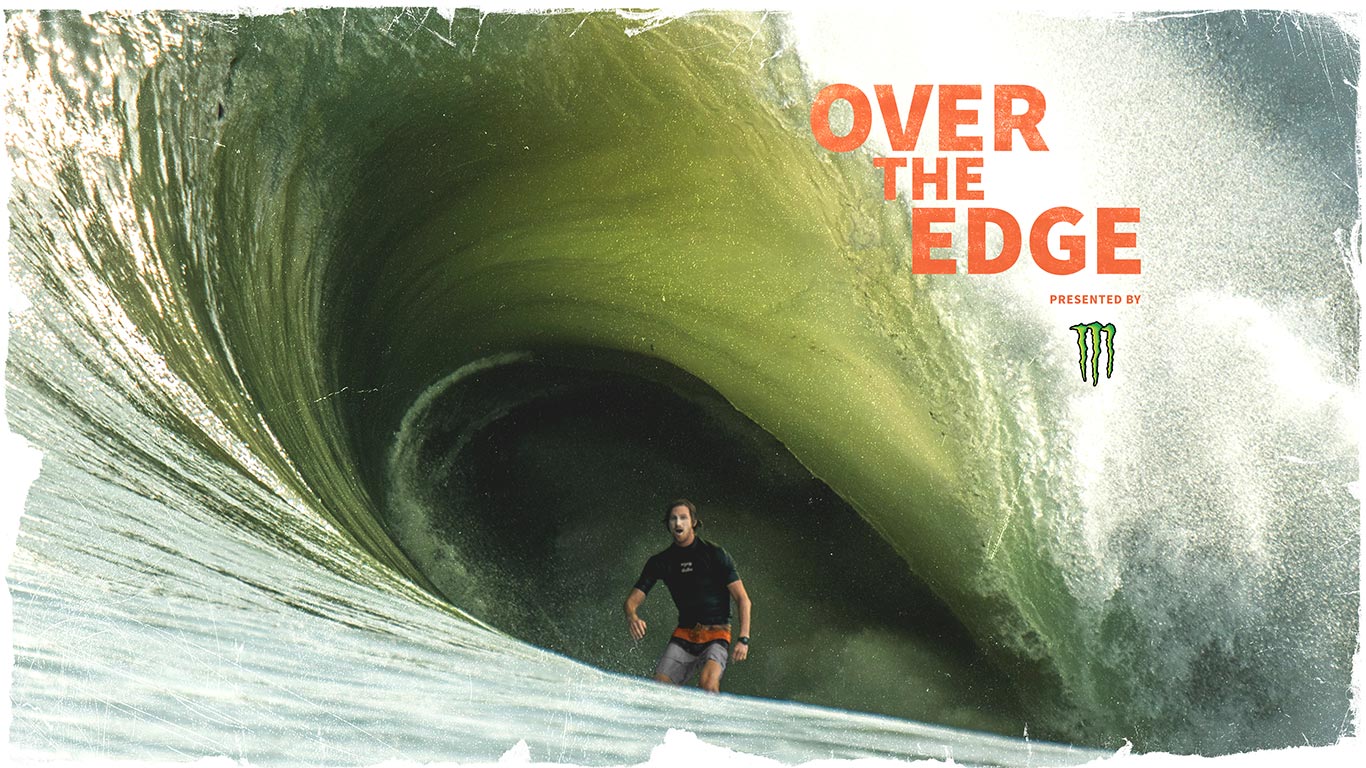 The film showcases what it takes both mentally and physically to push yourself over the edge and into some of the worlds most petrifying and dangerous waves.

How to Ride the World’s Most Fearsome Waves

Located on the southern tip of Africa, the series of granite reefs that lie at the foot of the Sentinel mountain peak are more like pieces of a gigantic jigsaw puzzle.

“The area where a wave can break is literally the size of two rugby fields,” says Matt Bromley, explaining what sets Dungeons apart from other big wave breaks around the world. “Places like Jaws and Mavericks are fairly predictable in that the waves more or less break in the same place every time. At Dungeons, every single wave is totally different. You never know what you’re going to get out there.”

Standing at 6’3”, Matt has long outgrown his childhood nickname of The Pterodactyl, when he was a gangly-limbed teenager. Today he’s built like an Olympic swimmer and has become known for his exploits at heavy water locations around the globe, a journey he traces back to the notorious reef that lies mere miles from his childhood home in Kommetjie, Cape Town. Dungeons helped catapult Matt onto the global surf scene and, he says, equipped him with the skills to tackle pretty much any wave out there. But it was hardly an amicable start.

“The first time I surfed Dungeons I was 17,’ recalls Matt. “I got caught inside and had to bail under three waves. I managed to swim through them but each time I nearly got sucked over into the impact zone. If that had happened, I’m pretty certain I would have drowned. When the set ended I was literally shaking with fear. I wanted nothing to do with it and was out of there.”

While making a beeline for the safety of the channel, another wave swung wide and caught everyone inside – except for Matt, who was in the perfect spot to catch it.

“Something told me at the last minute to take this wave and go”, he says. “I made it to the bottom and it was the biggest rush I’d ever experienced. That wave changed my life. It made me realise that fear was the only thing standing between me and what I really wanted to do. And the only way I could overcome that fear was by facing it head-on and moving past it.”

It’s a philosophy that has since taken the 29-year-old around the world, carving a niche for himself amongst some of the heaviest waves on the planet. His latest film, Over the Edge, traces this journey from Dungeons to Mavericks and on to Jaws, as well as a number of bottomless pits in-between. The motivating force driving him from one challenge to the next, he says, is fear. Or, more accurately, the rush he gets from overcoming it.

“Everyone feels fear. It’s healthy to be afraid,” says Matt. “But it’s how you deal with it that counts. When you lean into the fear and move through it, that’s when the magic happens.”

He’s quick to point out, however, that grabbing your biggest board and blindly flinging yourself at the heaviest lump of water you can find is just as likely to get you drowned.

“What I really like to do is to try mimic the big wave environment in the swimming pool,” he says. “I try to mimic the adrenaline you feel and combine that with being in an intense situation.”

To do this, he first gets his heart rate up by doing a few sprints. Then he swims underwater for the duration of a long hold down underwater.

“While I’m underwater I visualise myself being pushed down deep by a wave. I simulate the pressure on my ears. I take myself through all the uncomfortable feelings of a bad wipeout – the urge to breathe, my heart racing like it’s trying to burst out of my chest. I take myself through this over and over and over again, to mimic a worst-case scenario.”

Matt is the first to admit that a controlled environment will never replace the brutality of a real-life hold down at a place like Jaws. But the ability to cope with these situations and realise that you can survive them builds the foundation for the most valuable asset you can have in any big-wave scenario: confidence.

“The more physically prepared you are, the more confident you are,” says Matt, who laughs at the cliché of big wave surfers being reckless cowboys. Instead, he adopts a highly analytical approach to chasing big waves, both in and out of the water.

“When I see a swell building on the charts, I try to break down and analyse every single element of the swell. Are the waves going to be increasing or decreasing on the day? What are the dangers at the spot I’ve got my sights on? What are my lineups going to be? Is my equipment ready? I try to visualise the exact conditions that there are likely to be on the day and prepare accordingly.”

By eliminating as many variables as possible, it allows you to take control of the situation, says Matt. Or, at least, as much control as you can have in amongst 50-foot seas. The last preparation he does is to place himself in the moment before it actually happens.

“When I first see a really big swell on the charts, my stomach just churns and I almost feel sick. But then I try visualise myself out there. I visualise the wind blowing up the face and the bottom of the wave falling away. I see myself paddling into it and looking over the edge. I try conjure up all the feelings of fear and my instinct telling me not to go. But then I imagine myself pushing through that and pushing over the edge and dropping into the wave of my life, over and over again. When I do that, it changes all the doubt and the fear and the anxiety. It changes that into a sense of purpose,” he says. “So often, our best moments are just on the other side of that fear.

Matt Bromley’s new film ‘Over The Edge’ is available here.

THE CURE FOR COVID IS UP YOUR NOSE

A Group of Friends Head South of the Border Where They Encounter Competitive Longboarders, Dicey Roadblocks, Fantasy Barrels and a Cocaine Fuelled Fortress.

Living and Surfing on a Lonely Coast.

The Godly Realm Where a Young Grommet Named Captain Cook First Fell Under the Spell of the Sea.