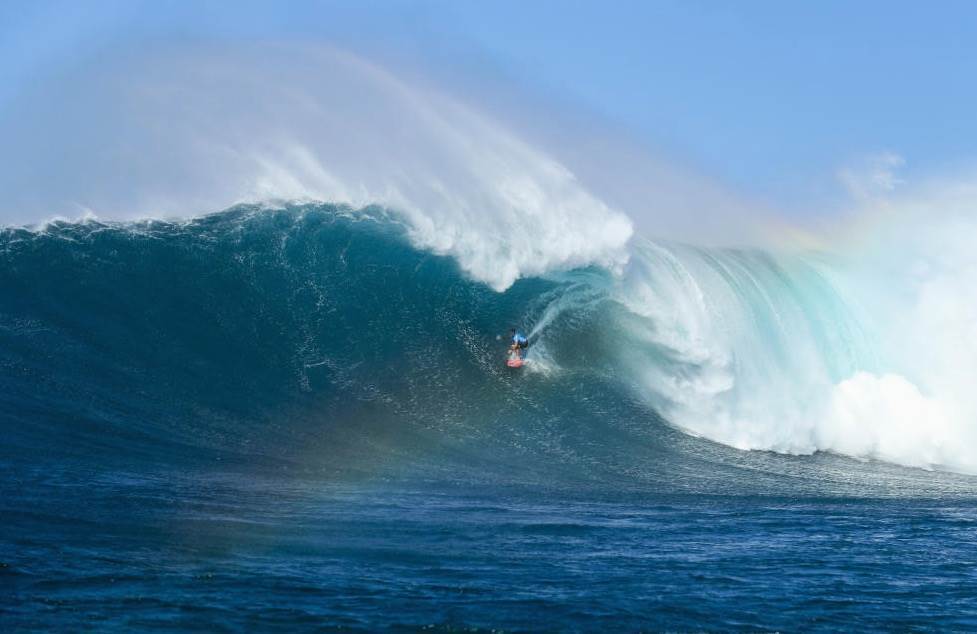 Meet the five men responsible for the craziest rides of the year.

It’s that time again when we recognize and rewards the hardest-charging surfers on the planet, those surfers who paddle and tow into the biggest waves on the planet, and who are always looking for the next big thing.

While Nazaré dominated the media landscape for much of the last season, Pe’ahi was another booming event, and Puerto Escondido also did nicely to fit in some 20-foot beachbreak barrels.

The first category we’re going to take a look at is the Ride of the Year category.

Ben Andrews is a 40-year-old mad dog that has made name for himself over the years for his no bullshit charging at Mavericks. He has been nominated for a few awards through the years, but this paddle-in bomb at Mavericks might be the wave that sees him in contention for the big prize.

Lucas Chianca is another surfer who has quickly shot up the international big wave standings with his total gung-ho approach to anything that comes his way. He is always on it when the storms come alive, and he can be found turning around and swinging on the inside of the legends in our sport, in his bid to get as many waves as he can in a big wave session. Perhaps he has it figured that you only get a handful of legitimate big waves in a year. On this one he manhandles it down a solid Nazaré wedge, and grapples with the face in an attempt to get barreled on what is a very solid wave.

Billy Kemper was always going to be somewhere in the mix when it came to the Billabong Ride of the Year awards for his solid and no-nonsense approach to Pe’ahi, the same sort of approach that got him to two victories out there. This wave, nominated for the Ride of the Year, was surfed in the final of the Pe’ahi Challenge and saw his awarded a very deserving 10-point across the board (which would have come in as a 10 point score because your best score is doubled on the tally.)

Billy trains hard, surfs big waves whenever they can be found, and has a massive hunger to win. After his back-to-back wins he is in the path of a hat trick, which hasn't been seen in big wave history since Flea’s ‘Fleapeat’ series of wins at Mavericks.

Jamie Mitchell from Currumbin has a wild ride of later, after his ridiculous win at maxing Nazaré in arguable the fiercest conditions yet seen for a big wave event. He stuck some incredible drops and got around the corner on those big lefts with some crazy, drawn out bottom turns on his trusty gun. Another natural-footer who stuck with the lefts, Jamie was the guy everyone was watching from the start. The wave in contention for Ride of the Year however, is the backhand bomb ten-pointer that he picked up during the Puerto Escondido Challenge, ultimately won by Twiggy Baker. He paddles hard into a big set wave and after a little correction, finds himself riding high in a gaping tube before a clean exit and escape over the back. A fine ride that is worthy of the praise that it has received.

Francisco Porcella (Sardegna, Italy) gets towed into this ridiculous bowling Nazaré left that goes on forever before finally letting him out around the corner and on the beach. It’s an evil looking wave, with giant chops and sections, and a cascading piece of whitewater that wants to catch him up and eat him at all times. He does incredibly well to ride this one out and Francisco has been making big roads at doing incredibly well in the big wave universe this last season. So there’s another Italian in the surfing scene making name.