Cronulla has lost its most iconic surfer with the sudden passing of Brian Jackson yesterday. He was 85.

Living between his South Cronulla and Crescent Head homes, Jacko passed away on the mid-north coast on Thursday whilst visiting his lifetime buddy Barry ‘Chubby’ Kirkham.

His final resting place was fittingly under a frangipani tree at a place he loved.

Jacko came to Cronulla from Bankstown in the early ’50s. He joined the fledgling Wanda Surf life-Saving Club in 1952. He famously made Cronulla hall of fame surfer Bobby Brown his first surfboard from Balsa offcuts glued together and shaped with a tomahawk after watching Greg Noll and the American surf team ride their Malibu’s off Cronulla Point.

He said it was so heavy Bobby and his brothers couldn’t carry it home.

He went into the surfboard business in 1962 with Ron Cansdell, who did the shaping and Jacko finished them off – the partnership didn’t last long as Brian still wanted to go surfing.

He spoke about the feeling when his parents took him surfing for the first time at Stanwell Park.

“I was so happy and instantly hooked on the feeling of the glide. I felt so good on top of the ocean in all my glory and from that day on, I loved board riding.” 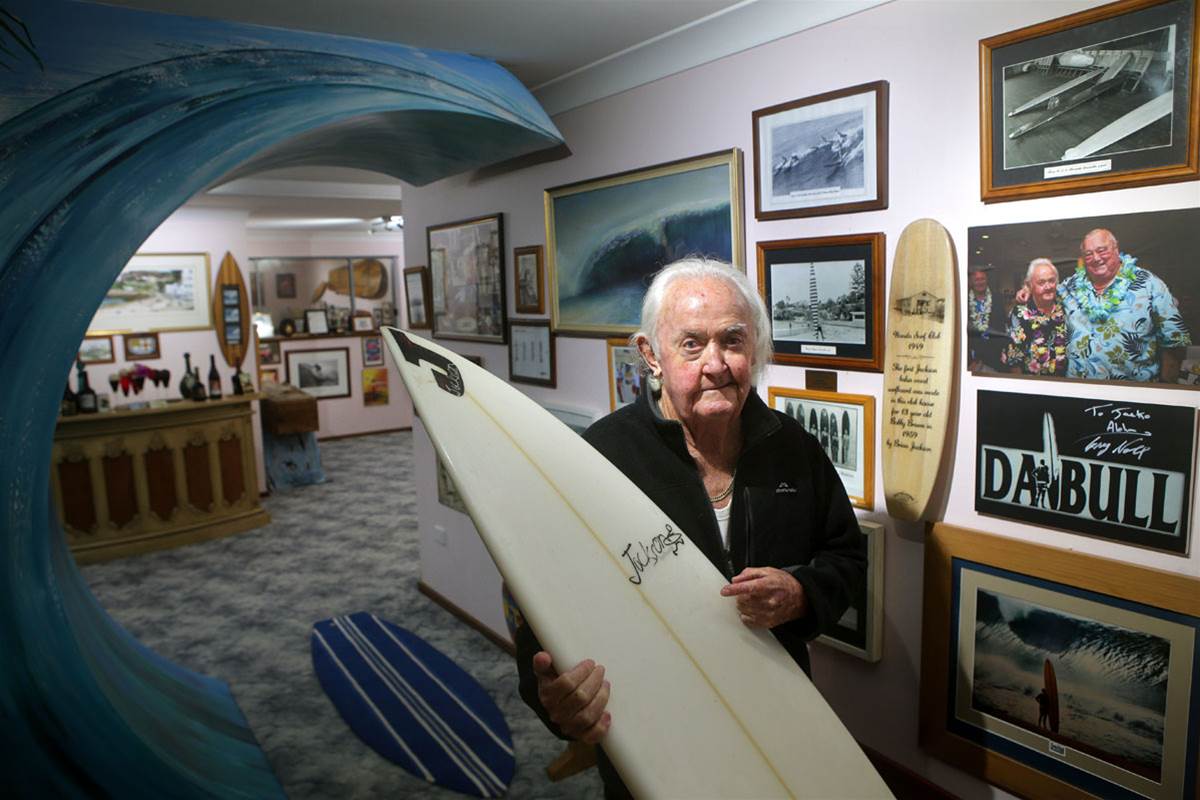 Jacko at home, where he could always get a stand-up barrel if he wanted one.

Brian then went on to make his living from building surfboards at Caringbah. He was in business for 50 years, saying when a customer came in to pick up their custom order, the sheer happiness on their face and pure stoke of anticipation for the first ride made all the hard work pay off.

The Jackson label has sold thousands of surfboards in those 50 years and one of Brian’s longtime workers and later business owner Dave Mattison said Jacko had lived ten lives.

“He was a man true to himself and once he learnt to surf, he dedicated his whole life around it,” Dave said.

“Don’t feel sorry for him; it’s so sad for the loss, but he lived his life to the full.”

Jacko famously drank five beers a day and entertained guests at both his houses every afternoon. When asked why, he said, “because one day I won’t be able to”. That day has now come.

He never said a bad word about anyone and when asked to help choose the top ten surfers in Cronulla’s 100-year Surf Retrospect event, he asked for anonymity because he didn’t want to offend other great surfers he couldn’t list. 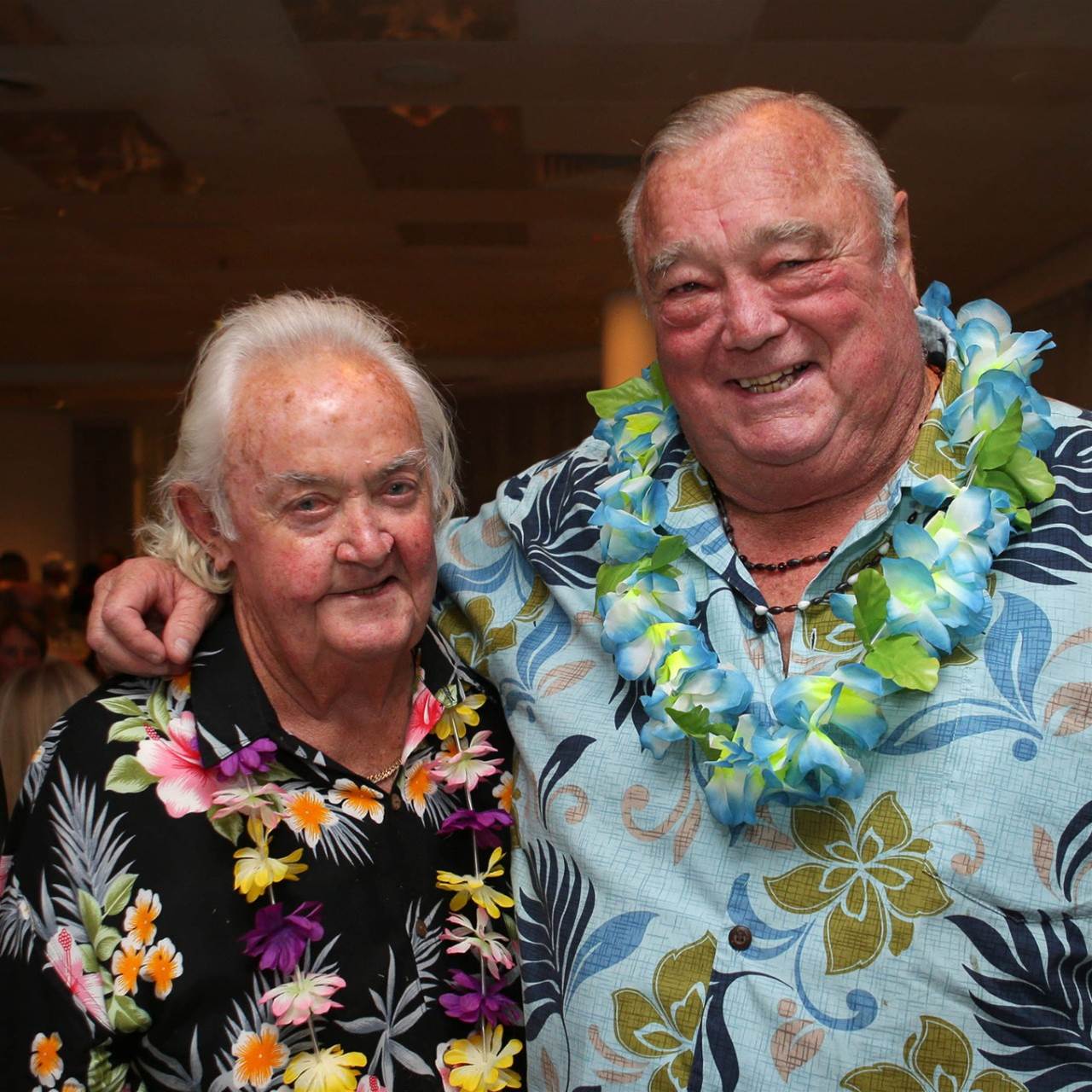 Jacko catching up with Greg Noll who also passed only a couple of weeks ago.

Brian officially opened the recent record-breaking Hazelhurst Gallery ‘Southern Swell’ exhibition, which was a rare occasion for a quiet man who said surfing gave him everything.

Sharon Sandeberg, on behalf of Brian’s immediate family, said, “Brian has always been such a massive part of our lives and will leave a huge hole in our hearts.”

The whole Australian surfing community will feel the loss as he was one of the founding fathers of the modern surfing industry.

His simple advice to all surfers these days was the same as he received.

“Eat well and keep paddling because if you keep paddling, you will stay fit and healthy, then there’s a good chance you’ll stand up and surf forever.”

Rest in peace, Brian Jackson. You will forever be in surfers’ thoughts.