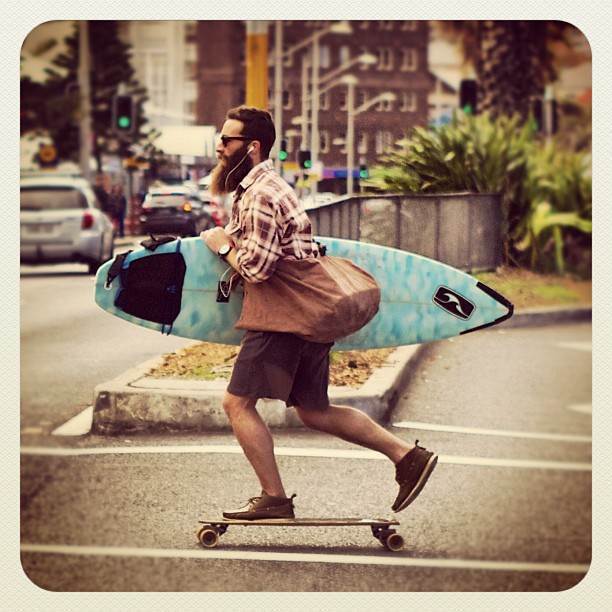 The totally not serious Anthropology of surfing

As far as surfing rants go, it was a beauty. This morning I clocked this from a Byron Bay residing friend on Facebook.

“Went for a surf this morning and while I was riding a wave I was (accidentally) dropped in on and run over by a guy with long hair and a moustache wearing a long john (a style of wetsuit that was popular in the 70s) riding what looked like a retro pintail 7 foot single fin. All brand new gear. By his surfing ability he'd probably been surfing for less than 6 months. Then when I got out of the water he was parked next to me and I overheard him giving someone else a rundown of how the waves were. The thing is, he was getting all the explanations wrong. This guy was the most fucking cringe-worthy surfing creature I've seen in a very long time with absolutely no shame whatsoever. Welcome to surfing in 2017.”

Now it had me thinking; just what is surfing in 2017? Is our Long John wearing mustached mate the future? Or is he the past? It seems we are just a collection of tribes, all battling to belong to this thing called surfing. So I thought in the interest of surf anthropology, I’d attempt to do a classification process. It’s crude and lacking ant real statistical anaysis, but that’s never stopped Tracks in the past.

The definition of a hipster is as vague as a Sunday morning, after a night on the rum and rasberry and skunk. One of the main problems with identification is that no hipster will ever hold their hand up and admit to being one. “Hipster, I hate that term, it doesn’t define who or what I am,” Aussie surfer Harrison Roach once told me, who, nonetheless can’t walk down the street with his 7’6’ singlefin and short ‘60s era boardshorts without people yelling it at him. In surfing the hipster prides himself on riding a variety of surfcraft, most with links to the past and of which 95 per cent don’t work. They will wear charity shop style clothes that cost a bomb and cultivate a just-thrown-together look that takes forever to collate. Personal blogs, Leica cameras, paleo, check shirts and beards complete the hipster checklist. At current rates, they will be extinct by 2019. If they exist at all.

The anti-hipster tribe may not know what they like, but they sure as hell know what they don’t like. And that’s a hipster, whatever that is. The tribes’ antipathy to any board that isn’t a standard thruster can border on the psychotic and the very sight of a modern, retro longboard can make him start to foam at the mouth in rabid fury. The only act that makes them angrier is bodysurfing. They fail to understand why any proper surfer would wear any other brand than the major surf labels, with a typical wardrobe acting as a time capsule for Quiksilver, Billabong and Rip Curl catalogues from 2004. Clean shaven and with a bullet proof memory of professional surfing, the Anti-Hispter would rather see Mick Fanning do a thousand wraps at Bells Beach than watch a single wave ridden by Rasta on an Alaia. An anti-hipster is both confused and threatened by the hipster and the fun he once had on a borrowed 5’6” fish is, like masturbating over a stepsibling, a secret they will take to the grave. 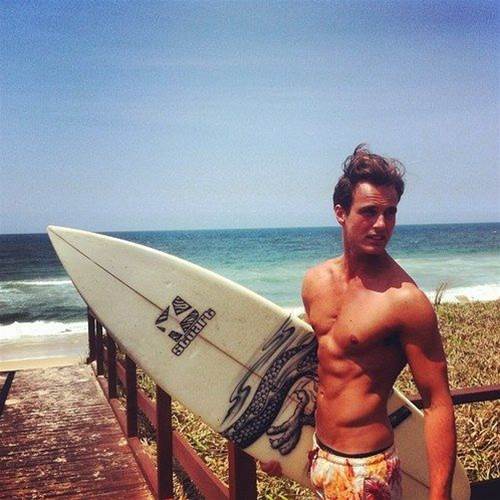 The anti-hipster is typically clean-cut and subscribes to a modern-thruster-only policy.

The competitor clan believe surfing is not just a pastime to be enjoyed on your own, but within a set framework of rules and 30-minute heats (25 if it’s a good turnout!). They prefer to allocate each wave a score and determine enjoyment levels by wins and losses not unquantitative measures like stoke. The competitor tribe usually congregate on weekends, setting up mobile structures that act as churches for their competitive zeal. They will then strata themselves in various ranks of age, ability and board size and mark each other on their various strengths and weaknesses. It is a fairly joyless experience for the majority, as losing in substandard waves is commonplace. A small group of military trained workers run the whole operation; a 5 per cent that do 95 per cent of the work. The rewards though can be substantial; a bronze trophy and an almighty piss up is not something you can get by simply going surfing on your tod. Why they don’t just become clubbies and be done with it is an enduring mystery. 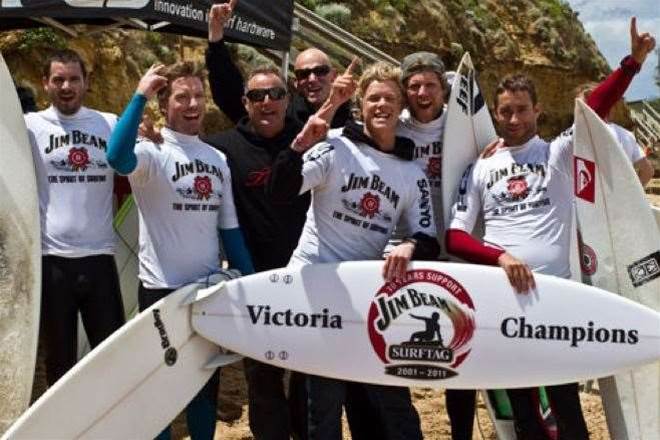 The local travelled abroad once, when he was 19. It is a trip that he recounts at the bowlo after eight middies most Friday nights to both push his well-rounded credentials and to prove that the waves at his local beach are better than any other place in the world. While you have to admire the local’s devotion to their break; they know every nook and cranny, every bit of moss, every rip on every ten centimetre of the tide, it is hard to admire their inability to share their beloved waves. In fact they take any visitors to “their” wave as a personal affront, failing to understand why anyone would want to travel to surf the waves they so fervently worship. This confusion is often expressed crudely, with a range of welcome that veers from frosty silence to violent intimidation. Out of the water the locals seems fairly well-adjusted, maintaining relations, jobs and social norms that are at odds with the sense of entitlement and ignorant fury that they surf their break with.

That’s a start, in part 2 we take a closer look at the The Landlocked Surfer, the Indo Veteran, the Big-Wave Dude and The Yuppie. Of course if you have any other classifications, hit us below. 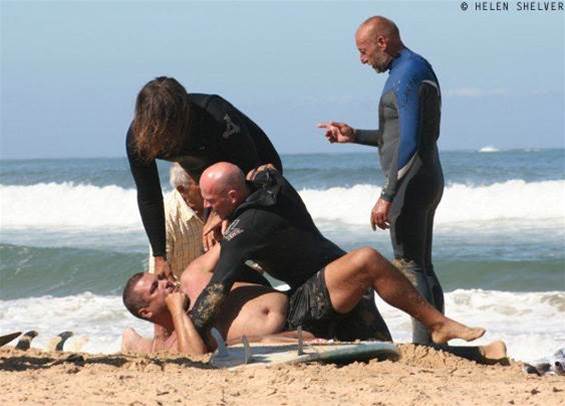 Things can turn ugly if you get on the wrong side of 'The Local'.