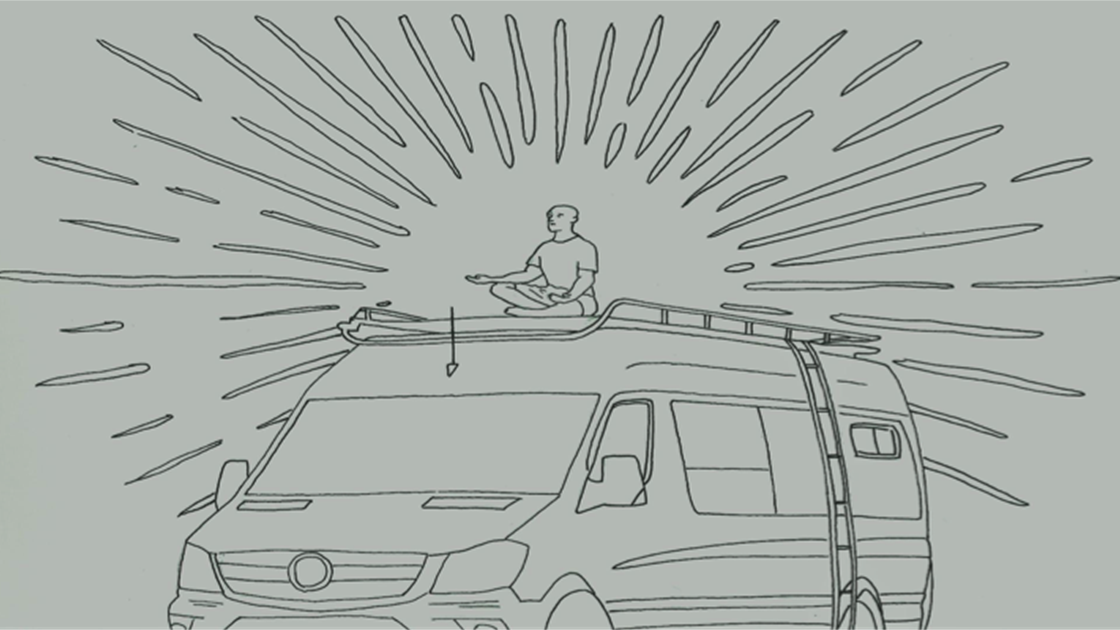 A humorous take on the different ways people identify as surfers.

In the immediate wake of Gidget, The Beach Boys, and what would become a deluge of beach party movies, the iconic writer Tom Wolfe took his stab at the still somewhat counterculture world of surfing in The Pump House Gang. Ever the outside observationalist—standing there in his infamous all-white three-piece suit—Wolfe employed his signature new-journalism style and managed to parse out different sub groups within the coterie of younglings he observed; mainly based on age. This was one of the earlier mentions of the surf community being fractured, as opposed to having some sort of monolithic identity.

When The Pump House Gang was combined with other Wolfe writings on counterculture in an eponymous collection, it was accompanied with a series of illustrations done by the author. These done-seemingly-in-the-moment sketches provide insight to how an outsider may have viewed a group of long-haired, apathetic, cooler-than-you surfers in the 1960s. Though less used as a medium for portraying surf culture when compared to writing and photography, drawing can equally capture the spirit of the subject. Few better examples of this notion exist than Tracks’ very own Captain Goodvibes cartoons of the 1970s and early 80s, created by cartoonist Tony Edwards.

Fifty years since Wolfe’s take on the topic, surfing is bigger than ever; leaving room for an almost infinite amount of additional sub groups to emerge. Had he still been around to apply his writing and sketching to surfing today, what would have come to fruition? The following are a few potentials:

Just like golfers, he’s a living reminder that surfing is more of a skill than a sport; you don’t necessarily need to be in the best shape to be good at it. He’ll make you wonder: A) how do his arms reach the water when he paddles and B) how on earth does he get in and out of that wetsuit?

Clad in neon board shorts, rash guard revealing a soft belly, water shoes, and enough sunscreen to leave a mile-long slick in the ocean, you’ll find this individual at most world-famous breaks; usually off-season or getting in someone’s way. He knows Malibu, the Gold Coast, and Waikiki are synonymous with surfing so he has to go there and try it; regardless of crowd factor, skill, or any other common-sense variables. The zenith of his vacation is the power V stance white water ride to the shore, potentially running over a few children along the way.

Uncomfortably squeezing his gleaming-new, fully equipped Mercedes Sprinter van through the parking lot of your local surf spot, this individual has their massified surf culture aesthetic perfected. If not already on the back of their hatchback Prius, the Sprinter doubles as a billboard for what they think are all the required ideological stances to accompany the surf lifestyle in the form of bumper stickers: Namaste, Pray for Surf, Coexist and/or Tolerance (unironically next to an anti-Christian Jesus fish with legs and “Darwin” written inside of it), and, for some reason, the NASA logo. The one thing they forgot to accurately curate is the board; the sunbaked Wavestorm strapped to the roof is decomposing quicker than all the plastic they love to tell you they don’t use.

They’re fourteen years old but look ten, better at surfing than you’ll ever be, and their parents are rich. It doesn’t take an economist to figure out that real estate close to the ocean is expensive, and these rich kid’s parents have them primed to go pro by the time they’re done with high school. There’s nothing wrong with this, only until they invent some magical underdog story about their surf origins.

He’s lived in a surf community his entire life, usually in poorly insulated rented garages or a granny-flat in someone’s backyard. When he’s not hanging drywall at some rich guy’s summer beach home, he’s in the water. This guy knows every break in his town and the exact conditions required for perfect waves. He’s got a wetsuit and locally shaped board from sometime in the previous century and rather than patching it up with a kit, he uses duct tape and industrial resin he stole from a construction site he was recently fired from. Dropping in on this guy will absolutely result in a black eye.

Mostly found in the United States, specifically in Orange County, one of several Mid-Atlantic beaches, or the entire state of Florida, this individual is subconsciously attracted to any form of water sport other than actually surfing: kitesurfing, windsurfing, jet skiing… basically any water-based activity that requires a ton of expensive gear and more importantly, a giant truck to tow it all; always adorned in Salt Life stickers.

Every time you’re at the beach, he’s there; though never in the water. His skin is a leathery brown and there’s a permanent tan line from a pair of cheap sunglasses across his face. He’s usually mounting a low folding chair, sometimes in front of his jalopy RV which may or may not have an archaic board strapped to the roof.

Every now and then you’ll encounter a female Hodad; equally made of leather. Like their younger liberal-chic tourist counterparts, they’re somewhat obsessed with curation. However, this translates almost exclusively to “Life’s Better at the Beach” and “Home is Where the Waves Are” signs around their home or RV.