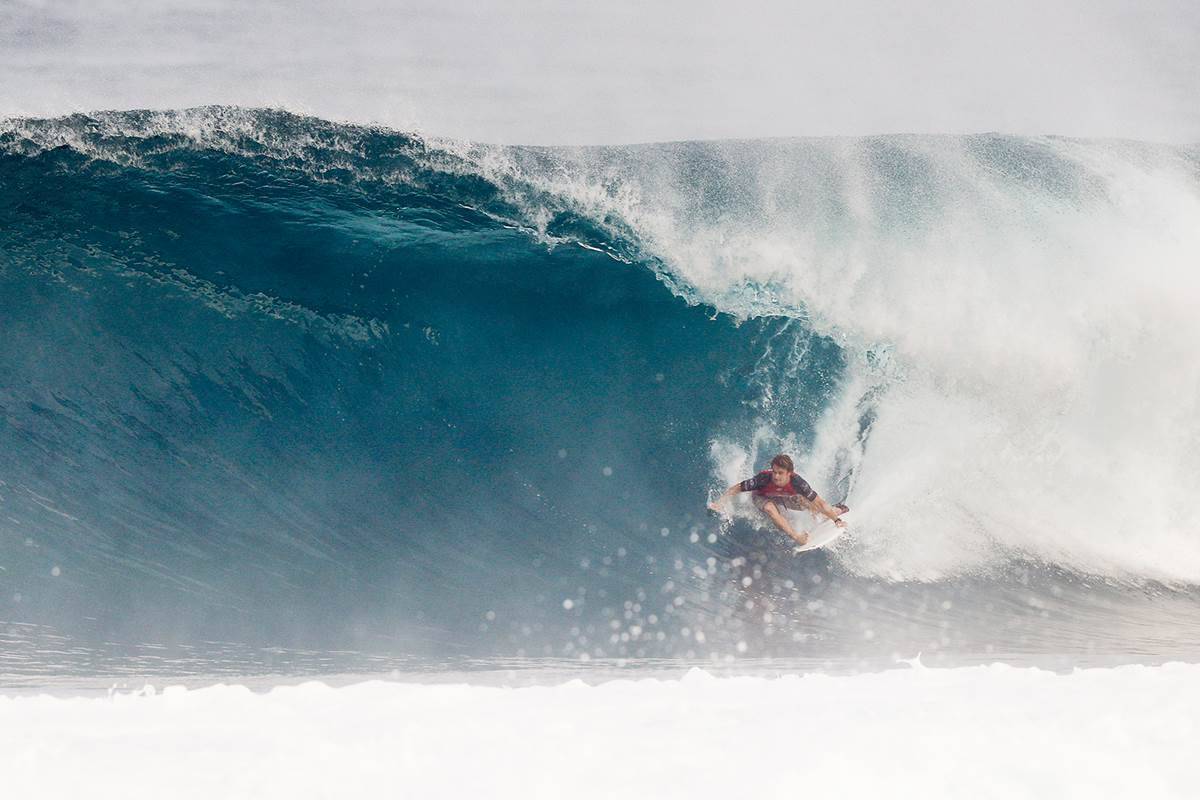 So Who is Benji Brand?

Fairly quiet and unassuming, Benji Brand had a run of great results in the Billabong Junior Series and Quiksilver King Of The Groms when he was a grom, and was always a popular surfer at these events, letting his surfing do most of the talking. This is rare among competitive groms who fight for victory on land equally as much as in the water.

His second place at the recent Pipe Invitational trial event comes as no surprise to anyone who has watched the young guy’s performances over the years, and knows a little bit about his determination and love for surfing.

Benji and his brother Davey spend their time between Cape Town and Hawaii, as well as doing numerous missions up the West Coast of Africa, where they have scored some of the best waves in the world, on their best days of the year. Benji is also a fond advocate of the GoPro Mouth Mount to document may of his incredible rides, and he’s had a few. Let’s check some of them out.

This ride at Donkey Bay is ridiculous, one of the longest barrels ever caught on film, and he won the GoPro Of The World III event and the US$2ok prize money for it.

Not content with the incredible visions he consistently gets at the Donkey, Benji and his brother ventured further north, into the heart of Angola. Hard, tough place to access, with bribery and corruption rife, unexploded landmines scattered, and very little coastal infrastructure. Still, they did find one of the best left-handers in the world on the day of the year, arguably way better than Donkey, with no one out. While some might think that Benji is a one-dimensional tube hog, check some of the air reverses and other futurism surfing in this clip, along with waves that make G-land seem short.

Enough of the west coast spinning innards, you might be saying. Well, spending up to half a year in Hawaii, Benji is not afraid of the North Shore juice. Just a week or so ago he had a blistering start at the Vans World Cup, and ended up placed 9th in that contest. In January this year he picked up this bomb at Gas Chambers that saw him in the running for the Wave Of The Winter award. The 7-mile stretch is his backyard.

For a bit of gratuity here’s a crazy wave at Donkey where Benji gets six full-on tubes on one wave. It could be more. It’s hard to count.

Even back in 2013, Benji was gunning for awards, and was in the Wave Of The Winter running back them with this pit at Gas Chambers.

He won the Pit Of The Year Award in South Africa with this never-ending Donkey pipe in 2015.

So it’s actually no surprise that he shone through in the trials event at Pipe, in firing six to eight-foot swell with lefts and rights, and he’s amped for the main event.

“Hopefully we can take down some big names," He said in the post-final interview referring to the big names in the Billabong Pipe Masters.

Benji Will be coming up against Gabriel Medina and Miggy Pupo in round 1 of the Billabong Pipe Masters, and a whole lot of whoop-ass could still happen.

For Heat Analysis of the Pipe Invitational Final, go here.