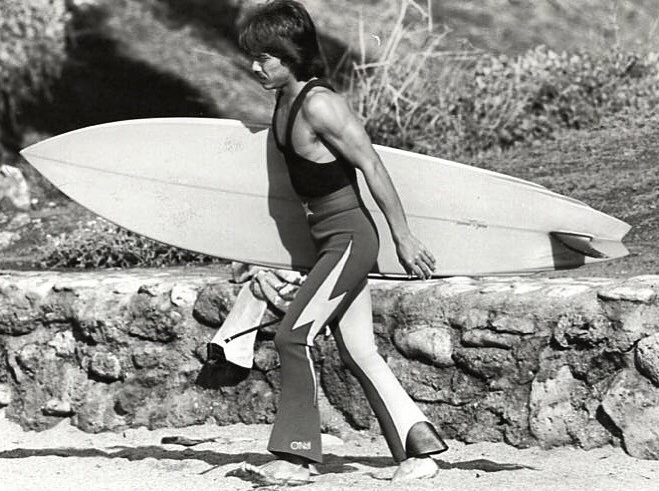 As Reno Abellira fights for his life in hospital, we look back at his halcyon days.

It seems being a once celebrated pro surfer does not guarantee you a safe and prosperous journey through life.  The surfing world was shocked by reports earlier in the week that Hawaiian surfing legend Reno Abellira had been hospitalised with life-threatening injuries after he was assaulted in Honolulu.

Abellira was a flamboyant surfer, influential shaper, musician, big-wave rider and fierce competitor but had in recent years struggled with homelessness.

His competitive high-point was a famous victory in the 1974 Smirnoff Pro at Waimea, in 30ft waves.

Below, Phil Jarratt reflects on a time when Reno was a defining figure in pro surfing.

The story below by Phil Jarratt ran in the printed edition of Tracks in 2017.

By the time he arrived in Australia for the 1975 pro events, pint-sized Reno Abellira was the most Oz-savvy foreign surfer on the gipsy tour, a guy who had travelled far and wide and surfed waves that the other visitors didn’t even know existed.

Reno had first come as a very junior member of the Hawaiian team to compete in the 1970 world titles in Victoria, but he had already made friends with some of Australia’s leading surfers and photographers through his outstanding performances on a scaled-down Brewer pintail gun at Honolua Bay in the 1968 season, and later that year at the world titles in Puerto Rico, where he, Russell Hughes, Wayne Lynch and Nat Young were the standout progressive surfers, riding a wide diversity of equipment.

In 1973 Reno had visited Australia again with his new bride, Joanne, at the instigation of film-maker Paul Witzig, who had invited him to be part of the cast for a wildly ambitious surf and travel feature called Rolling Home. This was the movie where Evolution met The Leyland Brothers, with an unlikely crew of students/ hippies/surfers touring the backblocks of the country and free-surfing at remote breaks like Cactus. Those who were on the expedition say that Reno could be difficult at times, but that his acid-fuelled yoga sensibilities, learnt at the temple of the master himself, Dick Brewer, fitted perfectly with the ethos of the project.

By the time he returned for the big-money 1974 pro season, however, Reno’s hip pocket nerve was more in play than his hip persona. He was here to win money, man! And with the 2SM/Coca Cola Bottlers Surfabout (offering the biggest prize purse in surfing’s history) joining the Rip Curl Bells Pro for a two-event “tour”, he wasn’t the only one with his eyes on the prize. As it turned out, Michael Peterson wanted the wins (and the money) more than anyone that year, and when he on, he was unstoppable. But astute observers noted that Reno Abellira was the most serious competitor, a guy who backed up his natural ability and fluid style with game plans, strategies, set-timing, psychology and the smartest contest quiver anyone had seen.

Despite the fact that I’d been following his career since he first hit my radar in 1968, and that I regarded him as one of my top five favourite surfers in the world, nothing prepared me for actually meeting Reno Abellira for the first time in 1975. Inside the first hour of our acquaintance I’d found him intense, aloof, rude, aggressive, charming, weird, intelligent and extremely funny. But overriding this seemingly split personality was his almost scary drive to win. He and Shaun Tomson had just joined the O’Neill team, and no one on tour – not even PT – was more determined to treat pro surfing as a business.

I spent enough time with Reno in ’75 to realise that this combination of businesslike determination and wild child wickedness made him one of the most interesting surfers competing, so the following season I asked him to allow me enough access to compile a diary-style account of his Australian tour, which that year took in a new event on Phillip Island, the Alan Oke Memorial, in addition to Bells and Sydney. Although he was initially reticent, as I had a growing reputation for spilling the beans on tour life, I think he realised that we’d partied together often enough that if he was going down, he was going to take me with him. So we bro-shook on a loose agreement, and I became a fly on the wall.

In the interest of an ongoing friendship, a hell of a lot of the after-hours stuff got left on the cutting room floor, but I think Reno’s approach to the business of pro surfing was more fascinating anyway, from his choice of equipment that year he brought everything from a 5’5″ twin fin fish to an 8″ mini-mal – to his pedantic cross-examinations of the contest director and head judge over every rule and by-law, which tended to extend competitor briefings beyond the acceptable beer-time threshold, and thus sometimes did not endear him to the thirsty masters of his immediate destiny.

The contents of his quiver and his probing of the judges were both linked to Reno’s belief that the George Downing points-for-manoeuvres objective judging system had nothing to do with selecting the best surfer on the day, and everything to do with offering an opportunity for the surfer who best understood the system. No one understood the system better than Reno, which was why he brought boards along that most people thought were ridiculous so that he could perform the manoeuvres in the rule book on anything from waist-high to triple-overhead.

On one day during the Coke contest at North Narrabeen, I saw him hang 10 on his mal, perform an extended cheater five on his regular single fin, and wiggle-waggle and lip-bash his fish five times in succession. Wiggle left down the face – point. Wiggle right up the face – point. Lip bash – point. All the way to the beach. This was surfing, but not as we knew it, and at the birth of the IPS World Tour, just about every surfer in contention had picked up on Reno’s approach.

It has to be said, however, that Reno’s greatest competitive achievements – like his win at the 1974 Smirnoff Pro in 30-foot Waimea Bay – came not from wiggles or waggles, but from courage, ability and classic style.

He’s still got all of that, and the tricks! When he surfed on our team at the Malibu Surfing Association longboard event in 2010, aged 60, we were getting knocked down by Malibu locals snaking us every set. Reno said: “You can’t let them get away with that!” He went out and sat wide, then paddled high past two hasslers, 180-degree bottom-turned beautifully and snaked both of them. 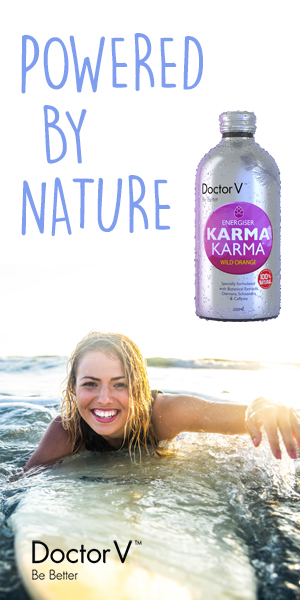