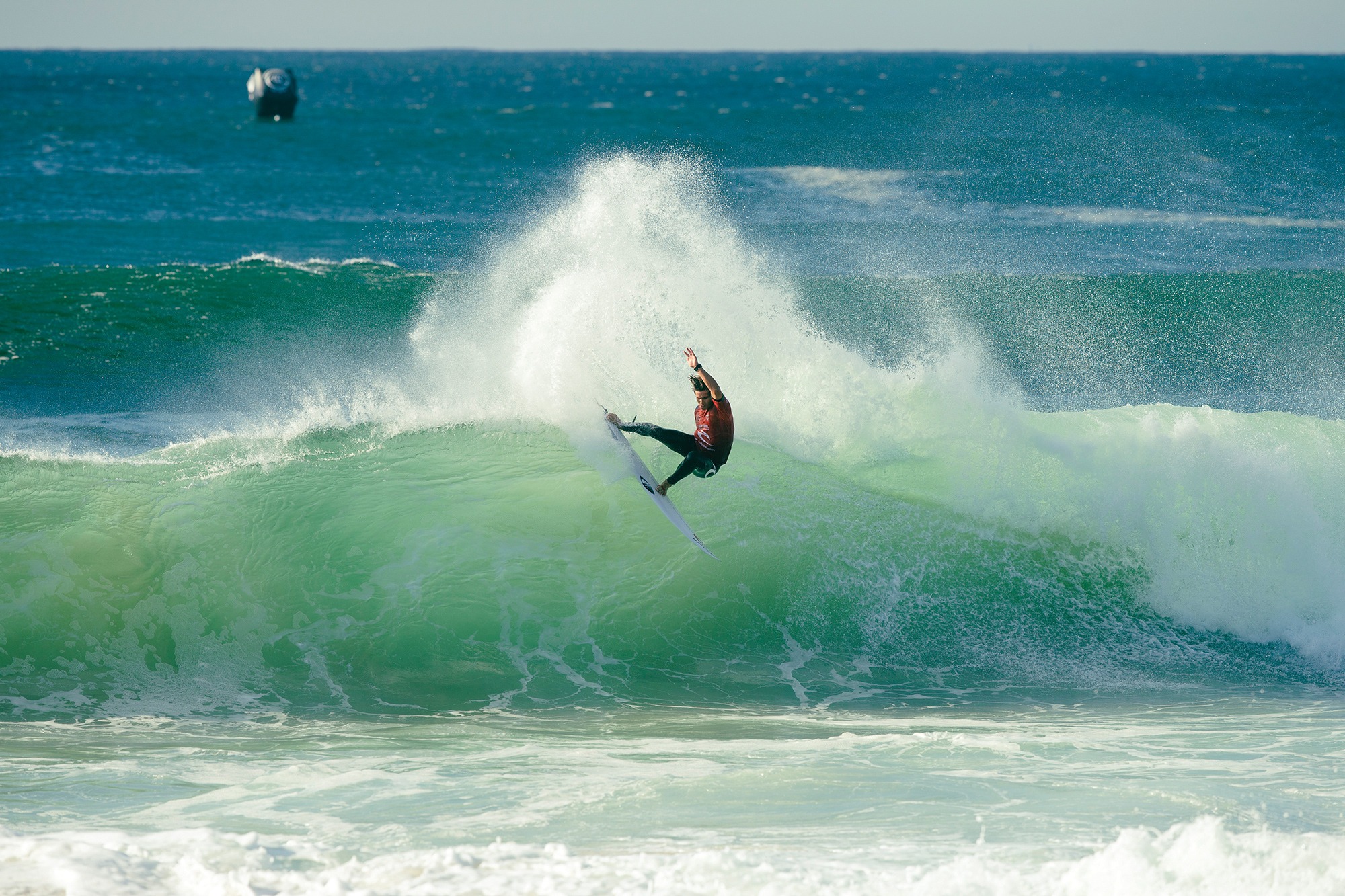 Read the excerpt from his Tracks Profile in issue 580, on stands now.

It was a helter skelter 48hrs for the WSL with the cancellation of the Outerknown Pro Tahiti, the quarterfinals decided in the Corona Pro, Mexico and the subsequent announcement of the contenders in the Rip Curl Finals Series. Australian Morgan Cibilic is in the mix alongside Gabriel Medina, Italo Ferreira, Filipe Toledo and Conner Coffin.

Check out the excerpt from the Tracks profile on Morgan below.

Throughout the course of the Australian leg of the Championship Tour, Morgan Cibilic tore down reputations like a human wrecking ball with fins attached, and my how we loved him for it. While the Brazilian fliers received lofty rewards for their aerial antics, Morgan matched them with a more relatable mix of power and panache. When he lined up against John John Florence he relished the challenge and twice ruined the bookmakers with his long odds victories. And each time the microphone was jammed in the face of the plucky natural-footer, he displayed an unpretentious swagger that was instantly endearing. Back in 2019, the Australian press and WSL fans loudly celebrated the requalification of Ethan Ewing, and the arrival of Jack Robinson on tour. Meanwhile, Morgan snuck in behind them with minimal fanfare and modest expectations. Now it’s he who is shouldering the expectations of Australian fans and winning praise from underdog lovers around the world.

When Tracks catches up with Morgan he is sitting at Sydney Airport, waiting for his flight to California. Given the dearth of international travel, the airport is spookily empty, and he is grateful for the company of good friend and long-time travel partner, Liam O’Brien. They are bound for the wave pool and despite the incessant WSL hype Morgan isn’t afraid to sum up his expectations in much the same way most of us view Kelly’s ‘pond of dreams’, where the miracle of its existence is often overshadowed by the monotony of watching it. “It looks pretty mental to surf but at the same time boring to watch.” When asked about what he did last year to inspire his dramatic spike in form, Morgan is similarly candid. “I improved my surfing, but only a little bit… I was just surfing with my friends and drinking, and having fun. But just before Hawaii, and then after it, I really knuckled down and put some time in the gym, and I feel like I noticed a lift in my confidence, in myself and in my surfing.”

It’s been a meteoric rise that very few people saw coming. Maybe not even Morgan himself. By late in 2018 he was ranked outside the top 100. While officially the WSL is a two-tier system it’s really a three-tier scenario. Only surfers rated in the top 100 (or thereabouts) were then eligible for a start in the Primes, which carried maximum points –10 000 – for a win. Morgan had made a promise to himself. “If I didn’t get into the Primes by the time I was this age right now – I’m 21 – I was just gonna take a different career path, but lucky that never happened.”

As it transpired, Morgan strung together a couple of good results in low rated Australian WQS events (including a win and a second) which saw him finish 2018 ranked 111th, just enough to poke a toe inside the field for the Primes. “That’s where I was like, I’ll give it a red-hot crack this year,” recalls Morgan. While motivated, and supported by friends, at the start of 2019 Morgan was still short on funds to travel and compete. “I called up the Rip Curl guys and said, ‘Can you help me out?’ And they were like, ‘Of course, you’re in the Primes now’.  So they helped out with a bit of funding and that kind of got me over the line. And then I made the half-year cut off for the Primes, and then kinda like with the prize money and stuff that kind of helps.”

The young man with the practical career outlook has certainly surpassed his own expectations. At the time of writing Morgan is ranked number four in the world, he’s evaluating his property options and consulting managers to broker better sponsorship deals. Meanwhile, if you drive up Military Road, one of Sydney’s busiest bitumen arteries, you are met with the sight of Morgan’s head blown up to the size of a bus and plastered across the front window of the Boost Mobile shop in Mosman. Almost overnight he has become surfing’s proverbial little, big man. Morgan seems to be taking success in his stride, cautious of not allowing renewed expectations to upset the equilibrium that has enabled him to do so well this year. “… I just want to have fun. I’m not really – like – looking at the ratings. I’m still just a rookie trying to learn things.” However, when quizzed about carrying the expectations of Australian fans he is happy to puff-out his chest a little. “Hopefully we can get to number one again and bring a couple of Titles home, that would be the goal. Yeah, sick of seeing all these blow-ins taking over.” The final comment draws uproarious laughter from O’Brien who is next to him as he talks over the phone…

Read The Full Profile on Morgan in Issue 580, on stands now. 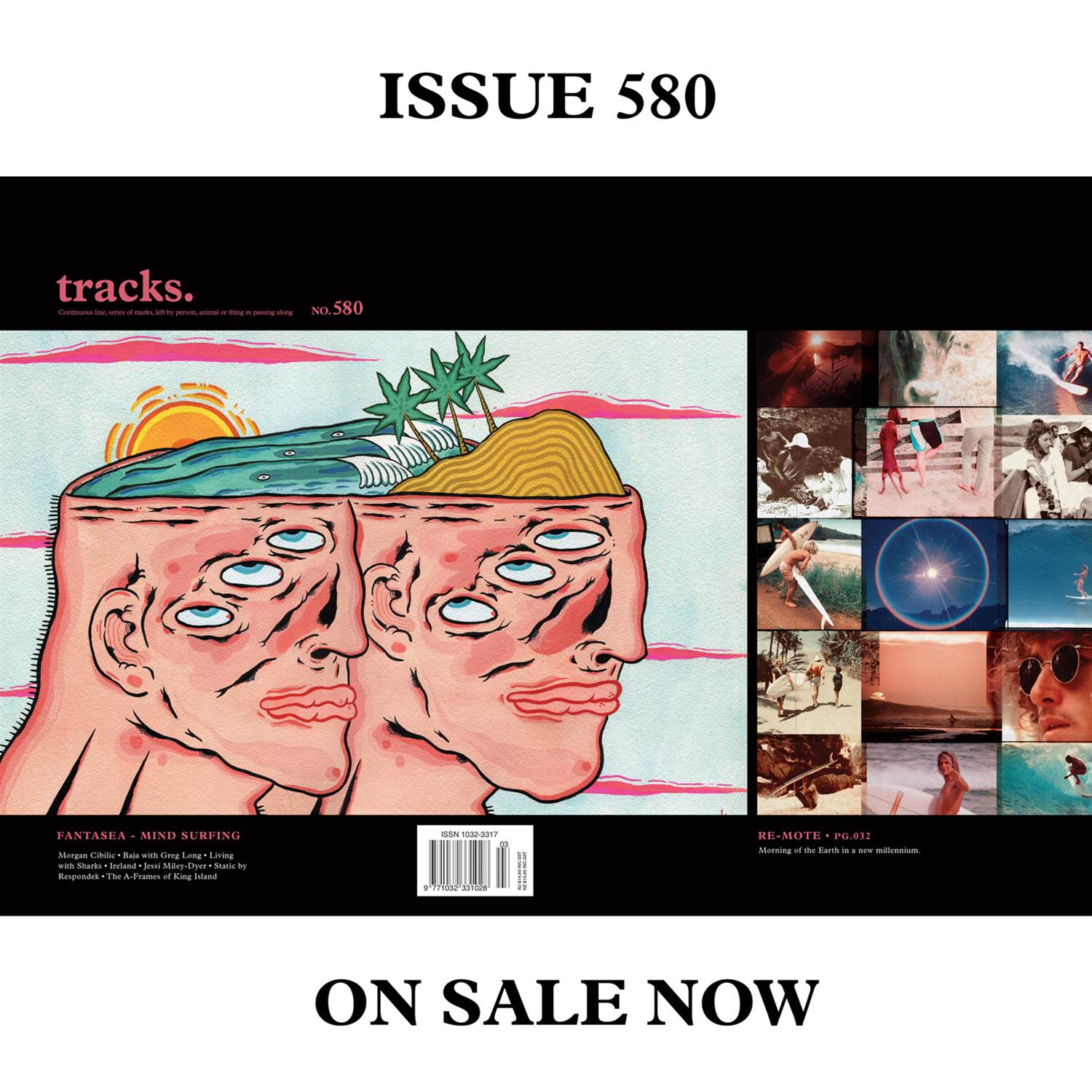