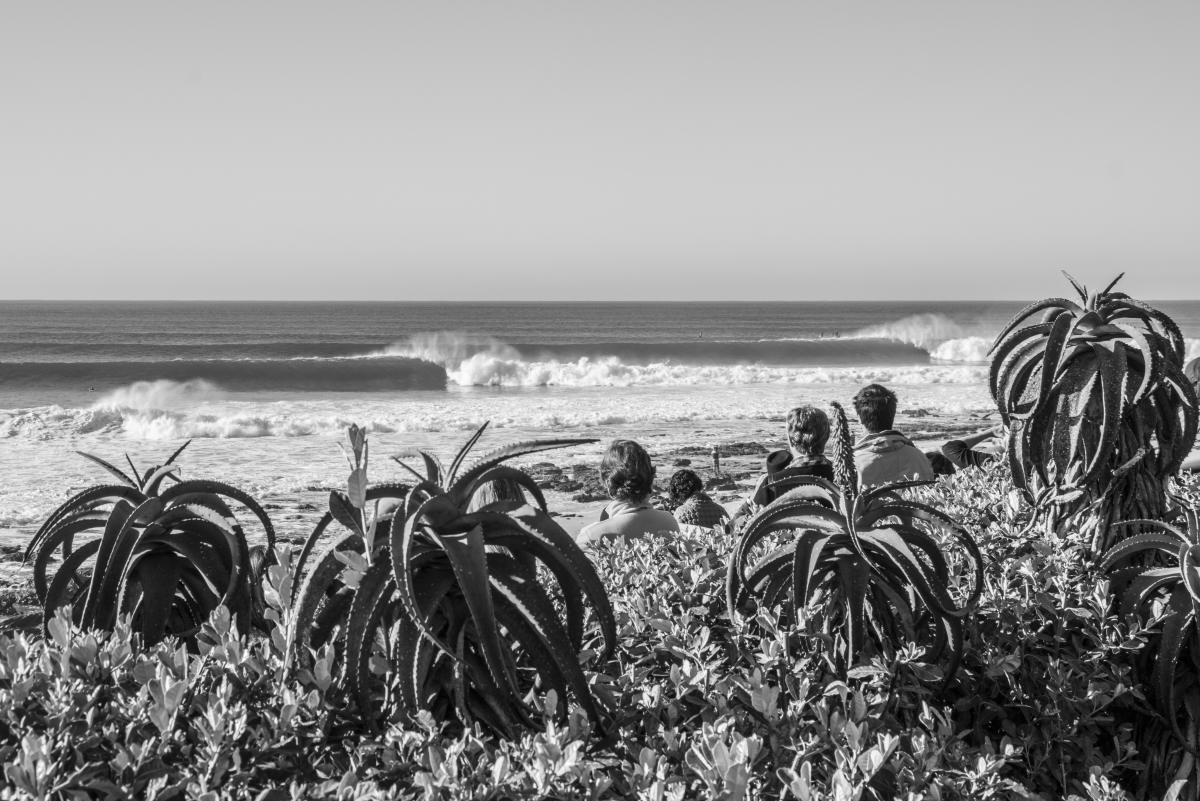 Locked Down In The Land Of The Perfect Rights.

“Have you seen the forecast?” is the call that has been echoing around the Eastern Cape, as JBay and environs rock one of the best swells of the year thus far. It’s an extended swell. Friday looks good, and then the swell turns, and a few of the other pointbreaks and some of the quieter beaches are going to go ballistic next week.

It is going to be firing.

The only thing is, from tomorrow Friday 27 March, you’ll be breaking the law if you paddle out. The keyhole is going to be a no-go zone, and the gully could have policemen and soldiers waiting.

Several theories and plans are circulating. Some people are muttering that they are going to surf regardless. Others are saying that if there are enough people, if a certain threshold of people is in the water, then there won’t be enough human resources for the authorities to take control. Others are listening to the president and obeying the lockdown.

So let’s unpack it a bit.

The chances of catching the COVID-19 virus, or of transmitting the virus by surfing are very slim. The problem lies in car park assembling, and other beach-related gatherings happening. Saltwater is anti-viral, and the notion that it could travel in faeces is not proven.

A six-foot line-up, light winds, offshore, and not many people around could be too enticing, it could be overwhelming. Many surfers probably won’t have the strength not to paddle out. What would you do?

Surfers in Cape Town have been threatened with jail sentences for surfing during the week. Surfing and beach access has already been banned down there in the Cape Of Storms. This situation was before the lockdown, that kicks in today.

Jail time, however, is not what you want in South Africa right now.

The authorities are kicking into the first real lockdown of their lives, police are jumpy and nervous, armed forces have been mobilised, and there are going to be some hard and quick decisions. Authorities might make an example of a surfer breaking the law, and those people risking it all for a surf might be making one of the biggest mistakes of their lives.

I’m not paddling out anywhere. Not even at the secret spots (there still are a few). Most of my friends are doing the same. Some are frothing so hard that they can’t think straight. I’m staying at home with my family. It’s my decision, and I’ll eat pancakes and maybe watch the latest JOBVlog with my son tomorrow morning.

My son is pretty bummed, though. He’s 11-years old, and he has the full-blown surf bug. He would surf 11 hours a day if he could, but I’m telling him that this is not the time, and this is the time for chilling, playing Monopoly and True Surf and watching tv. He’s buying it, but only just. A COVID-19 world is too much for young kids to comprehend.

I want to think that by not breaking the law, I am setting a good example, and instilling some ethical grounding.

After four days of lockdown, will surfers break ranks on Wednesday? Are all surfers going to do whatever they want, or is common sense going to prevail?

I want to think that surfers are going to be serious enough about this thing, and realise that solidarity and sagacity are going to win through. But surfers are wildcards, surfers often don’t play by the rules of society, and sometimes they make decisions on passion and selfishness and can’t think further than their next session, next wave, next barrel.

In my opinion, it is not a good decision at all to go surfing at this time, in our country, but what do you think someone like Miki Dora would have done?

I’ll leave it there.