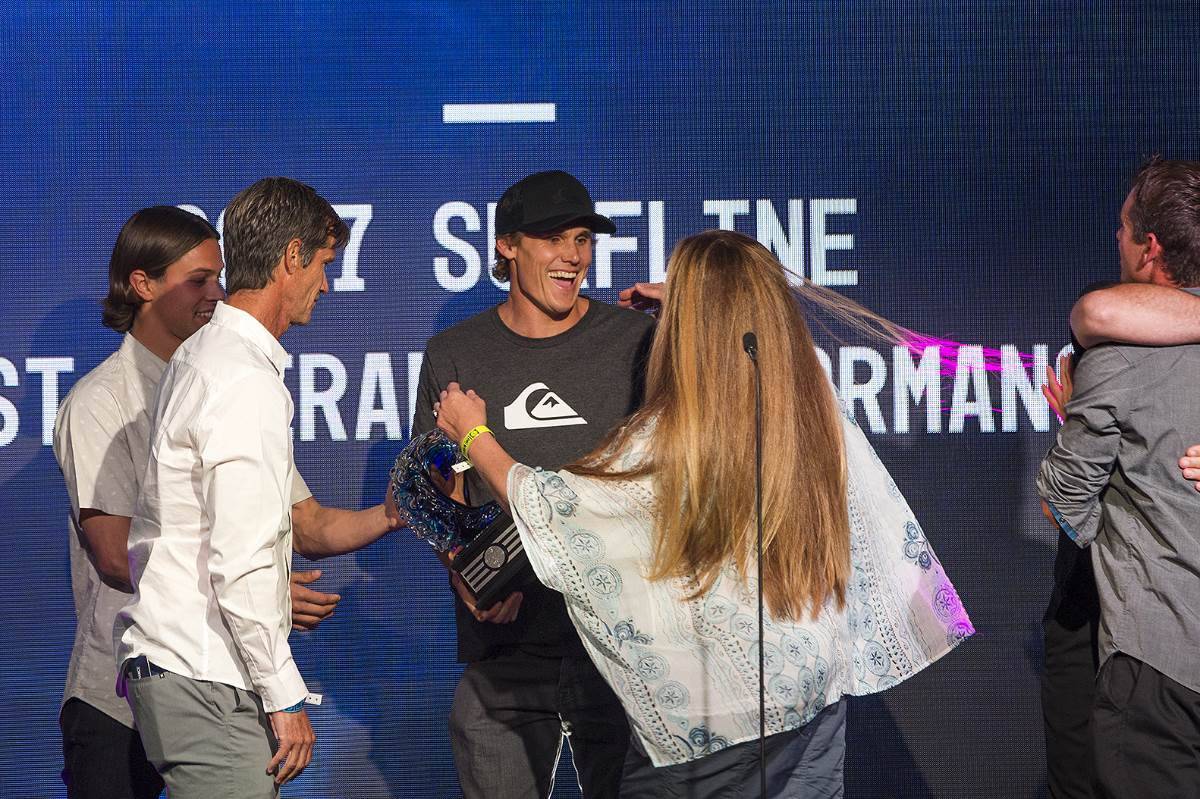 Let’s Refer Back To The WSL Big Wave Awards

Firstly, $350,000 is a healthy amount to be handing over to big wave surfers for charging.

It's a healthy enough amount to be able to justify all the countless missions to follow storms, all the repair work and purchases involved with PWC’s and additional safety equipment, and it’s enough to justify a few full time careers. Not enough dough to keep a whole bunch of families going, but enough for one or two to make it, and enough to nicely supplement cash for working dads.

There were seven winners in this WSL Big Wave Awards, and they were rightfully honoured a few days ago at the glittering annual awards ceremony.

The concrete-hard Jamie Mitchell from the Gold Coast won the prestigious Surfline Men’s Performance Award for a courageous season of charging, including his crazy win at the Big Wave Tour Nazaré Challenge and his giant left caught in that event. “I really want to thank all the water patrols because I really love coming home to my family,” said Mitchell at the awards ceremony, adding, “We do some crazy stuff out there.”

The Billabong Ride Of The Year went to BWT Pe’ahi Challenge double winner Billy Kemper for his giant barrel surfed at Jaws on November 11 last year, while the Tag Heuer XXL Biggest Wave Award went to Francisco Porcella for his gigantean left ridden at Nazaré. “Thank you to Nazaré for that wave,” said Porcella. There is no doubt in every one’s mind that Nazaré will play a major part in big wave surfing going forward.

The inimitable Paige Alms won the Women’s Best Performance Awards after six straight nominations for the awards since 2012. Alms has been charging forever, juggling jobs and doing what needs to be done to keep her passion alive, and her win is well-deserved and timely.

and Shanan Worrall surfed his way into the Tube Of The Year Award for his cave that he was towed into at The Right out West.

The youngest award winner of the night was the 18-year-old Wilem Banks from Santa Cruz. He took the Tag Heuer Wipeout Of The Year award for a horrible slam at Mavericks. Held up in the lip in a screaming offshore wind, Banks eventually goes over with the lip in a long free-fall to obliteration. It’s totally cringe-worthy, and it’s good to have Banks still around after that.

The sport of big wave surfing is still going from strength to strength, it’s great that young guys like Banks and Nic Lamb, to name two, are deeply involved and committed to the sport, and with Mike Parsons taking over the task of Big Wave Commissioner we can expect a bigger and better year up ahead. Keep your eyes on the storms.