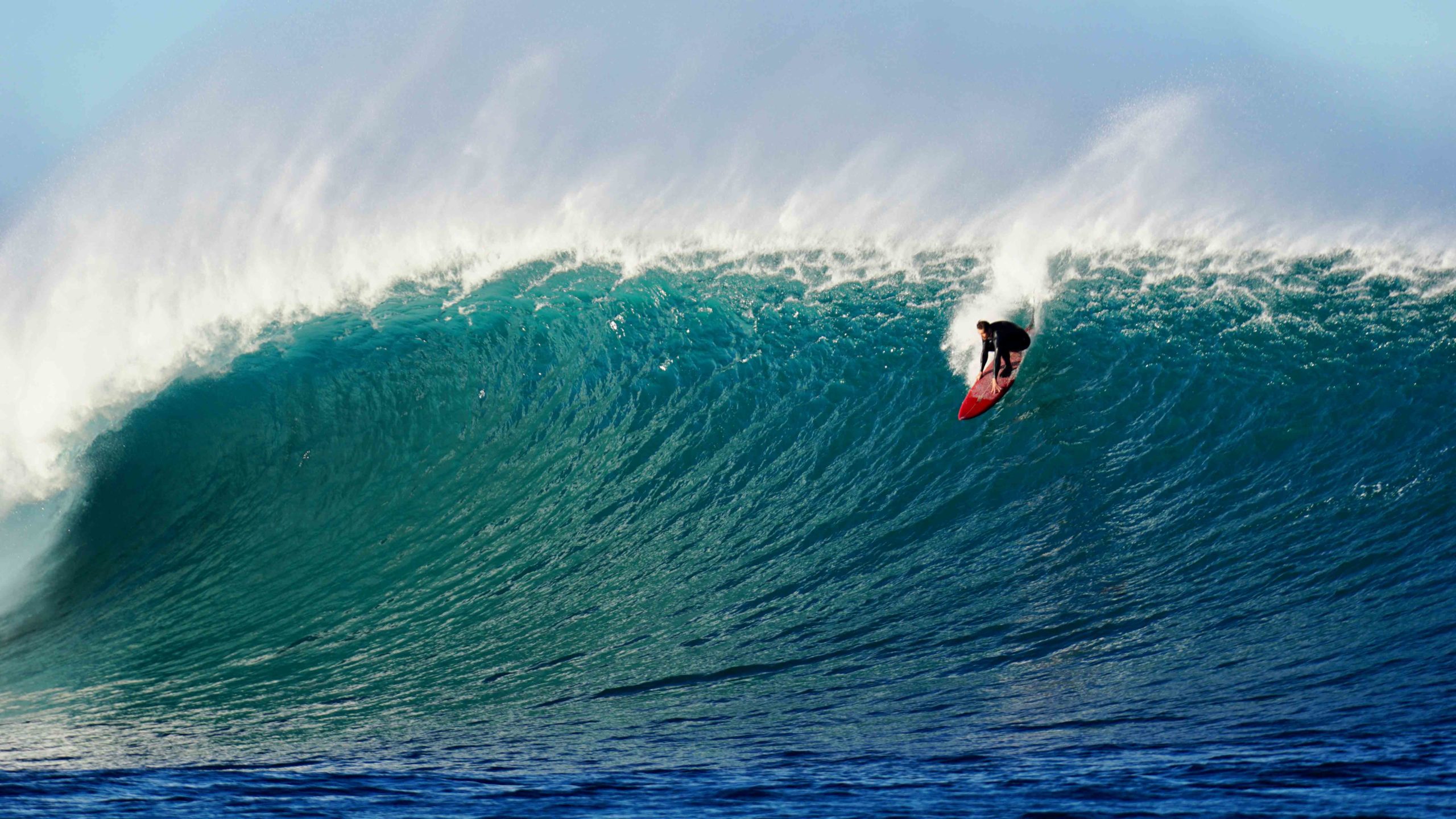 Jordy Fowler’s Wave Of The Winter

"Ryan (Callinan) gave us the good old head nod, had a bit of a laugh, I thought I’ll finish my session on that one.”

Swell along the East Coast of Aus exploded over the long weekend resulting in some heavy big-wave sessions. The wave that really caught the eye of the surfing world was ridden by tradie Jordy Fowler’s, who had the barrel of a lifetime at his local bommie on the South Coast.

The secret reef-break had shades of Hawaii’s Pipeline and attracted pro’s Ryan Callinan and Dean Bowen to the line-up. However, it would be local legend Jordy Fowler who stole the show on his red gun.

We chatted to Jordy about what went down in the session, the respectful nod he received from Ryan Callinan and how he dislocated his shoulder in the pursuit of what may be Australia’s wave of the winter.

“I was looking everywhere, you know, anywhere possibly on the South Coast, that can hold that kind of swell. But yeah, growing up around the corner, a couple of 100 metres away, I knew it (the bommie) was going to be on, it was just whether the wind was going to cooperate or what not”

Jordy was competing on Sunday morning at a nearby beach from the big-wave spot at an annual Boardriders event. He was keeping his eye out as he watched the swell grow bigger into the afternoon. Jordy competed in a couple of heats and then bailed from the comp. The bommie was pumping and he would have a fun session with the local crew until copping a heavy wipe-out.

“I kind of went for a big one on Sunday arvo. And it was windy, and I got caught up, and one of the local legends Dino (Dean Bowen) was yelling at us to go, coming from him you kind of can’t say no.”

“So, I ended up going and got a wind hold and I just jumped from top to bottom, probably a good 12-footer I suppose. I felt the shoulder go straight away, got a long hold down as well, Deano and Lowy were pretty worried for abit.”

Jordy knew something was wrong with his shoulder but chose to fight through the pain and head back out the next morning with the bommie once again firing. Jordy paddled out to the big-wave spot and hustled for two and half hours searching for the best wave.

“I scored a pretty fun one on the second last wave. I was talking to one of the boys that was shooting. I was like ‘I should I go in I’m pretty uninjured and I’ve had pretty good session’. Sets kind of approached and one of the local legends was pushed out just a little bit too far. That wave in particular, kinda like doubled-up, it kind of boiled on a different zone.

And I yelled out to him, I said, ‘You’re gonna get this Matty?’ He said ‘No mate go!’ I kind of swung late and got held up with the wind. I kind of drew a long bottom line and bottom turn as well. I knew I had to travel a little bit of distance because I was always sitting a little bit deeper after that long bottom turn. I just snuck up under the lip and thought, ‘I’m just gonna hold on here’. I held tight on my line and got sucked up a little bit towards the end when that second one came through, I Just had a great line and kind of chilled out and enjoyed the vision really”

After getting possibly the ride of his life, Jordy saw pro surfer Ryan Callinan in the channel who had the perfect view of his ride.

“Ryan Callinan was on the side, oh well I’m not going to get another one like that in a front of a surfer like that, Ryan gave us the good old head nod, had a bit of laugh, I thought I’ll finish my session on that one.”

“Ryan’s definitely a step up above everyone else, once you see him in that line-up. He was ruling, he was kind of sitting on the inside (on a smaller board). Yeah he kind of pushed right in, and got his pick, while the rest of the crew were on massive boards they kind of sat out the back and kind of waited for a bomb.”

Unfortunately, Jordy dislocated his shoulder from the wipe-out on Sunday, partially fracturing his shoulder joint and will be out of the water in the meantime. Hopefully he’ll recover before the next big-wave session.

Click here to watch all the highlights of the South-Coast bommie session.