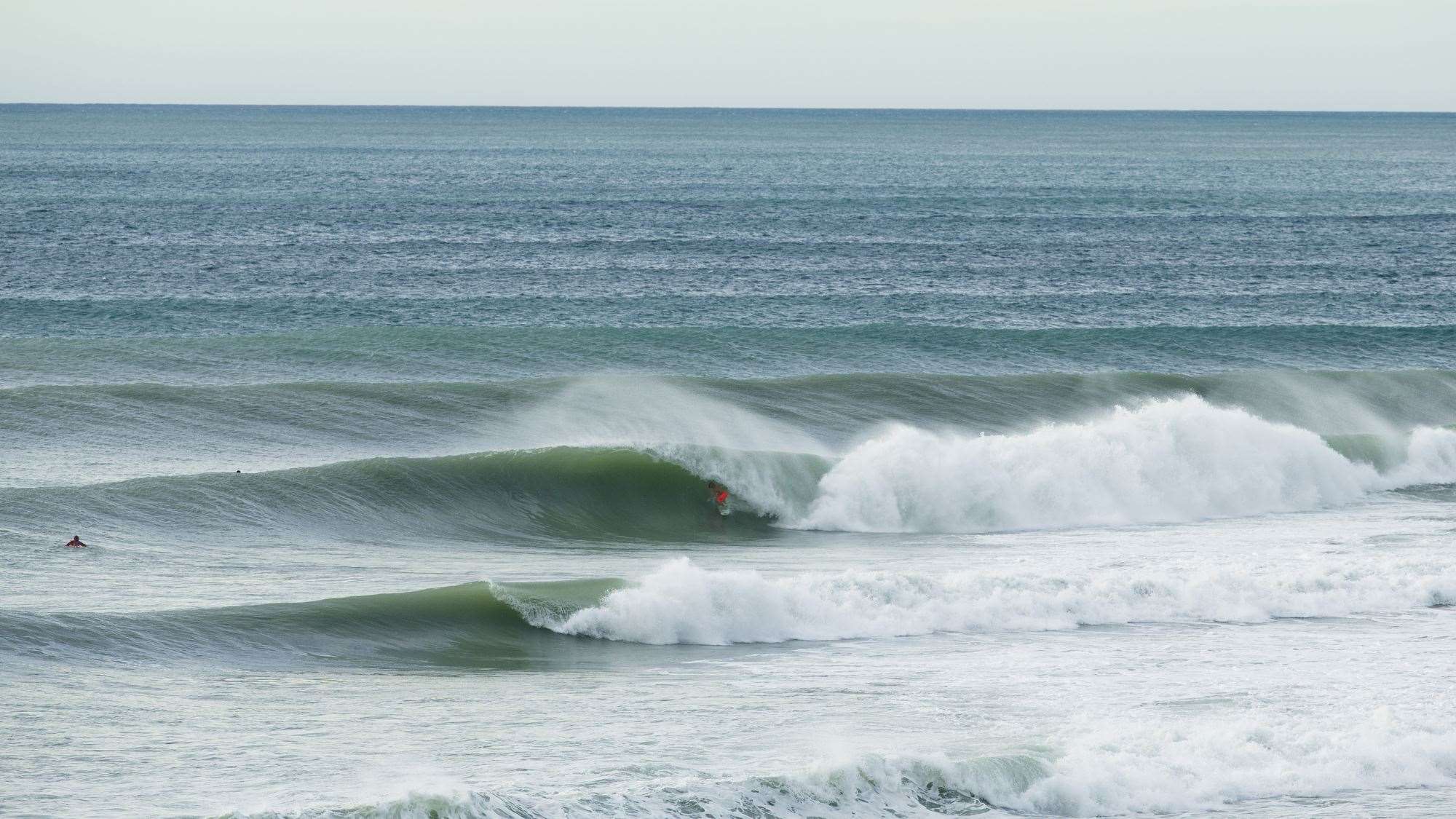 Kelly controlling the wavepool? Fanning in an Akubra? Adriano in Lycra?

The announcement that surfing will be part of the 2020, Japan Olympics means that at long last Australians will have a water sport to cheer for that doesn’t involve chasing a black line up and down a rectangle filled with chlorine and urine. Kids who routinely get up for the early and race home for the late might now get a little more recognition for their efforts alongside the lap-dogs who are dragged to the pool by my mum and dad each day. If teachers accuse beach-bleached Groms of being no hopers they will be able to reply, “Oh get lost gumby, I’m going for gold.”

All this is exciting, but while it’s true the inclusion of surfing in the Olympics may give the sport a certain mainstream credibility, I for one don’t feel that becoming Lord of the Olympic rings will ever carry more weight than being called a Pipe Master or a World Champion. The WSL might shudder a little when it reads lines like the one in the Daily Telegraph yesterday, "An Olympic gold medal will become the greatest prize in surfing” but the reality is that surfing will be one of those sports where a gold medal is a fantastic addition to a trophy cabinet but certainly not the biggest prize. Think tennis, soccer or the recently included golf. In these sports there will always be tournaments, which are far more prestigious than the Olympics.

That’s not to say it won’t be fun to watch (even two-foot Chiba in Japan will be better than the swimming) but perhaps it’s not so much the intense competition as the other aspects of Olympic sport that will prove to be entertaining.

I’d personally love to see a surfing equivalent of Eric the Eeel. Eric was from Equatorial Guinea and only took up swimming a few months before the Sydney Olympics where he became famous for recording the slowest 100 m freestyle time in Olympic history. Everyone loved Eric but imagine Zulfizar from Uzbekistan who passes up a promising weightlifting career to achieve his dream of making the Olympic surfing team. Undeterred by his nation’s land-locked state he dodges his way through ISIS territory to the coast of Oman and teaches himself to surf on the empty, desert-fringed beachies. Or Gerhard from Germany, whose entire surfing life has been spent honing his skills on the Munich River wave.

While the hypothetical minnows do their best to rise beyond kook status Mick Fanning (seriously) has already stated that he might be past his prime come 2020 but would love to be a coach.  Imagine Mick in the green and gold tracksuit – maybe even an Akubra – leading the team through a vigorous Swiss-ball warm up followed by a moment of group meditation in front of the cameras. Then think about the havoc the surfers would wreak on the Olympic village once they’d won gold because as Tyler Wright rightly put it in The SMH, "We would have a solid team and I feel like we would flog everyone, so it would be amazing." 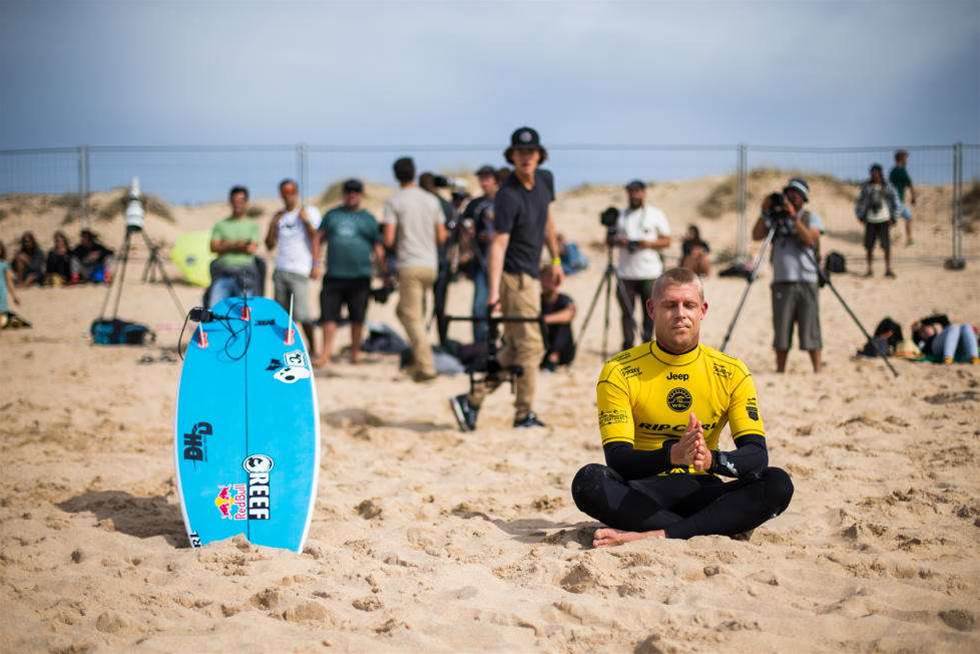 The inaugural setting also presents some interesting scenarios. What if Julian Wilson pulls off a sushi roll in Japan? Surely it would be worth bonus points. Then there’s the fact that Fukishima has already been referenced in some articles as a potential location. Is that the warm glow of radioactive skin I can see? More here

Or perhaps by 2020 we’ll be in the wave pool, with thousands of unschooled fans packed in to a Tokyo stadium wondering why the surfers keep disappearing on the wave. Unless anyone can get some serious time in at the Wave Park, Gerhard from the Munich river wave would have to go in as a favourite if surfing goes to the pool in 2020.

And what of Slater? Will surfing’s greatest be robbed of the opportunity to chase down the only gong missing from his list of accolades? Kelly will be 48 in 2020, perhaps still capable of outsmarting the junior competitors in a Teahupoo barrel duel but unlikely to be competitive in a knee-jerking, small wave joust. Kelly, the proverbial bald eagle of the American team, may go head-to-head with Fanning in a coaching clash but it would be far more interesting to see him as a kind of puppet master behind the controls of his wave pool. 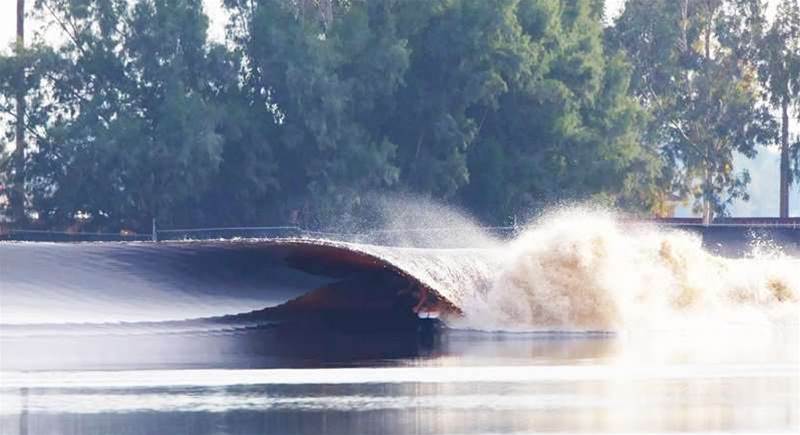 Will we see Kelly behind the wheel of his own wave-pool in Japan?

With the assistance of Japan’s best engineers, by 2020 Kelly’s design should be far more sophisticated (dare I suggest Nuclear-powered) and I’d love to watch Kelly in evil genius mode flick the switch to “Teahupoo” when his arch-rival, Adriano, hits the pool.

The team outfits are always a major talking point at The Olympics and if Adriano’s comments are anything to go by, the 2015 world champion is excited about pulling on the Brazilian colours. “I am already imagining myself putting on my country’s Lycra and fighting for a podium place,” De Souza told News Limited. Not sure about seeing the one they call Mineirihino in a full bicycle suit but can anyone picture a more passionate Olympian than Adriano? Having claimed his world crown it’s easy to see Adriano turning his full attention to Olympic glory.

The Olympic possibilities are endless. WSL’s honey-tonsilled Sir talk-a-lot, Joe Turpel, is no doubt busy familiarizing himself with Olympic rule books, studying a few Japanese phrases and hashtagging surfingolympics 2020 in his bid to beat all round sports specialist, Bruce Mcilvaney, for the job of surfing anchor. What better venue for Turps to set a new record for the longest single sentence in commentary history?

Main Photo: What Shikoku in Japan can look like when the typhoon swells hit. Photo Brent Bielmann.