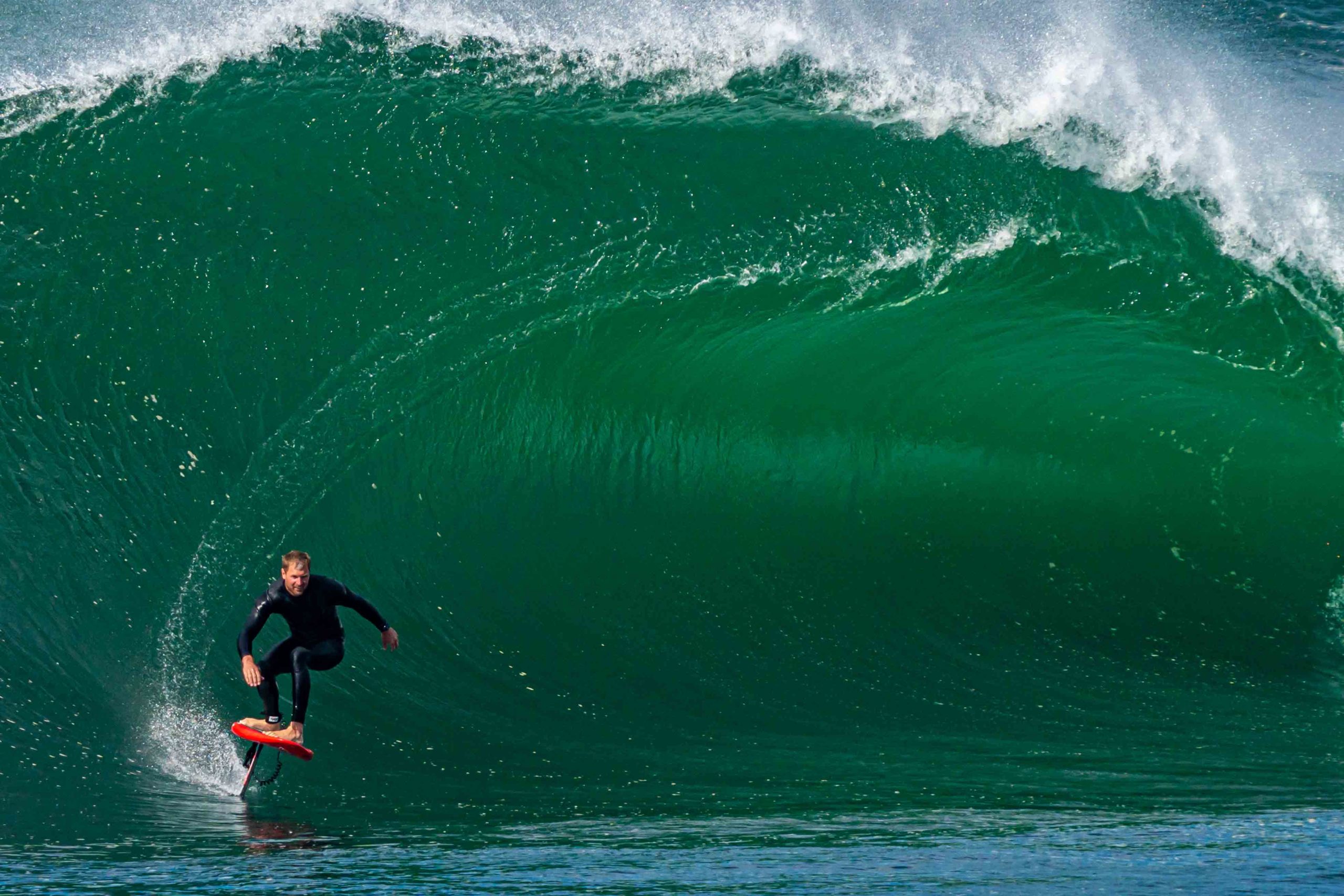 But it didn’t end well for everyone.

The East Coast of Aus was the last to receive some of the epic swell we saw sweep across the globe in July. It was Solander’s turn to light up last week when a solid east swell hit the Sydney proving ground. As big wave regulars descended and local adrenalin junkies snatched a quick break from work, Cape Solander veteran, Jeremy Wilmotte, decided to take a chance with his foil at the infamous break.

Jeremy was one of the first to surf Solander (aka Ours) back in the day, explaining to Tracks that he still recalls when Koby Abberton first showed him the big wave spot. “I remember being in the car with Koby when they first find found the damn thing, and I drove over, and I remember it was an onshore day, and he’s like ‘yeah, this is the spot’, I didn’t even know what was going on, then like a couple of weeks later I realised they surfed it.”

Jeremy works as a hydrographer for Water NSW these days, but in his past life, he was a surf photographer, whose work featured on Tracks covers a few times. His August 2010 cover shot is a Tracks classic.

Even though Jeremy’s retired from his work behind the lens when Ours is pumping, he struggles to resist its call.

“I certainly put my reigns on how often I went there (Ours). It started off with the real core Maroubra guys, and then it became core Maroubra guys and whoever was the pro surfer, and now it’s become like anyone and everyone really, even foilers mate haha.”

Jeremy picked up the foil itch a few years ago and has since been obsessed.

“I don’t know, it (foiling) just hit a chord with me like surfing was just getting too busy and crowded. There are constantly crowds. I don’t like the crowds. It’s very negative, very selfish; surfing’s a very selfish thing at the end of the day. Foiling to me requires a lot more like concentration and a lot more energy because you kind of got motion in three dimensions, not just sideways like on a surfboard.”

Jeremy’s first foil attempt at Ours was a success, making two rides at the heavy wave; “One thing I definitely learned was that you can’t let go of the rope where you would on a surfboard because you’re going so much faster, I ended out-running the wave pretty quick. But if I was to do it again, I’d have to let go like three metres deeper, but if I fall off, I’m absolutely stuffed.”

He wasn’t the only standout at Ours last week; Maroubra local Max Mcguigan is continuing to push the limits at Cape Solander, and found himself on one of the heaviest waves.

Unfortunately, it wasn’t all smiles for the slab hunters, with Jordy Turansky breaking his ankle after the shockwave sent it sideways while he was surfing at Solander last week.