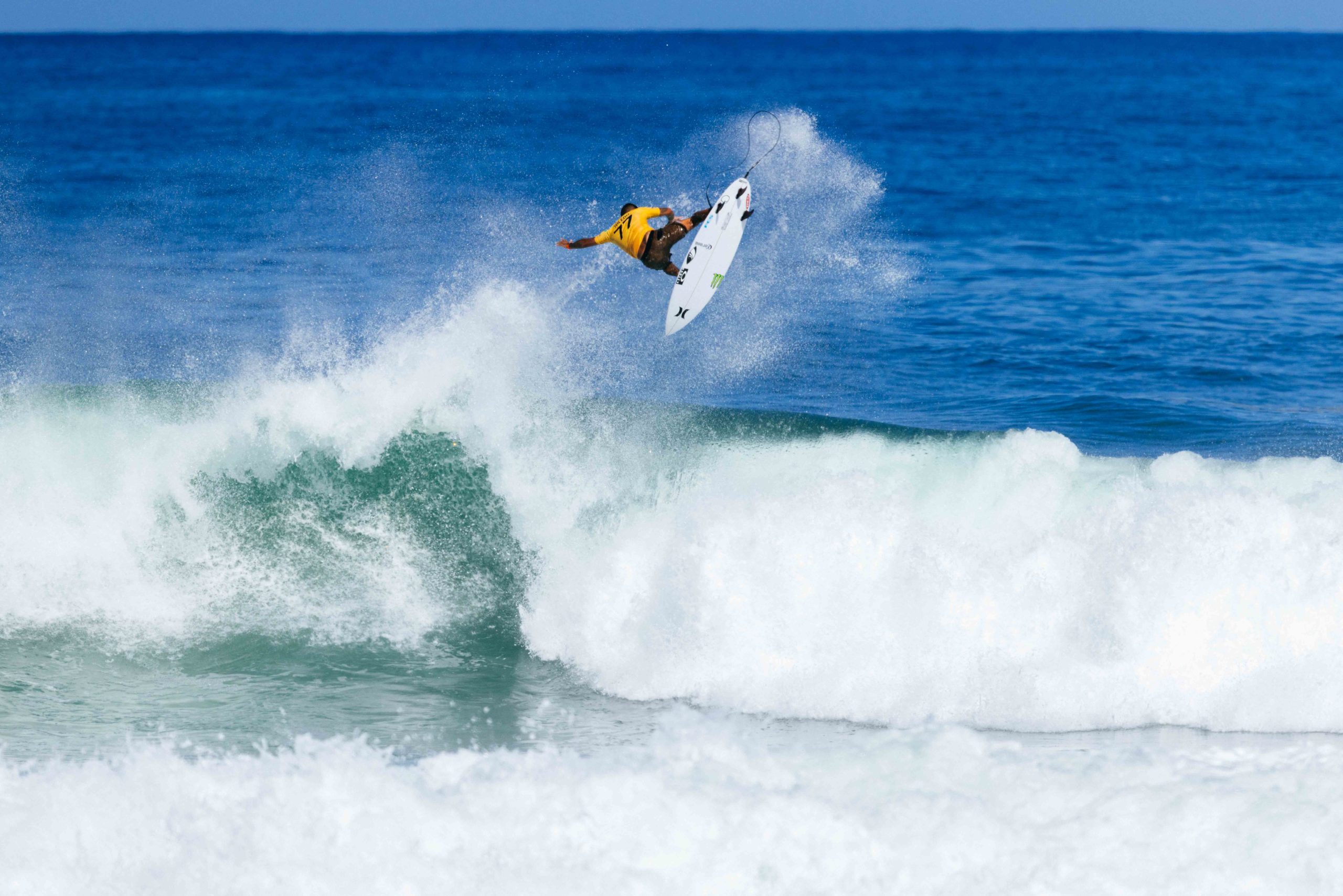 Saquarema looked just like your favourite three foot beachie on a fun day with light winds and shifty lefts and rights. If the Brazilian CT venue does not have a dream tour vibe , it certainly is the location on tour with waves most like the ones many of us surf on a daily basis . I guess there is something to be said for seeing how the world’s best perform in relatable waves – just not every contest.

Not even Italo’s hard sell on a final ride in the Semi could overcome a rampaging Sammy Pupo. Sammy was determined to win the race with his brother to become the first Pupo in a CT final. He cared not that the big crowd was behind Italo and motored past him without leaving the lip. Despite remaining in the top five, Italo would be disappointed with his year to date. We still haven’t seen his best.

Brazilian style king, Yago Dora, started well but couldn’t keep up when Toledo shifted gears in their semi. As Pupo and Toledo made their way out the Brazilian beach announcer was taking notes from Rocky movies. You could hear the boom of his voice as far away as Bondi.Toledo had been taking boxing notes too . On how to throw knockout blows early in the contest.

Before Pupo had a chance to put a combo together, Filipe was soaring through a sun-kisser backside rotation and stomping it clean. Just a big old dance move in the sky. The judges were universal in their appreciation. 10’s across the board. Pupo was half way to the canvas. A couple of minutes later Fil backed it up with a backside blitz that earned him an 8.67 and a virtually insurmountable 18.67 heat total.

With nine minutes left Pete Mel tried to put a positive spin on Sammy’s situation. “Well he does have priority.” That was as good as it got for Sammy as we were treated to a Toledo exhibition session. A late eight added a hint of dignity for Sammy and his zebra ride.

This was a stellar example of peaking at the right time. It was also Toledo proving that he is virtually untouchable when he’s on. In two waves in the space of three minutes he’d shown he can win any number of ways. As it stands he doesn’t even have to paddle out and surf his bogey wave, Teahupoo, if he doesn’t want to. He’s already well and truly qualified for Trestles and could very easily add a J-Bay victory to his 2022 win sheet, which includes Bells and Brazil. However let’s hope he nails at least one Teahupoo screamer to ice the cake on the world title he is favourite to win.

After Carissa accounted for arch-rival Tatiana Weston – Webb in the Semis she set up a clash with room mate and world number two Johanne Defay. What did they say over breakfast? Rock, paper scissors for first wave in the final?

Ultimately the final was a measured affair of backside surfing where Carissa was laying down bigger turns but failed to complete back up moves and secure the lead. Defay is the tour’s big improver but her approach was always a fraction too lateral and non-commital to really capitalise on Carissa’s errors.

With a minute to go Carissa was still chasing a 6.4 and dropped a 9.5 courtesy of a couple of deftly timed backside bangers. Believe it or not even Carissa Moore feels self doubt as was apparent when she made a teary victory speech. Few would doubt that a yellow-clad Carissa is once again the world title favourite with two events left on the schedule before the show down on the cobblestones at Trestles.