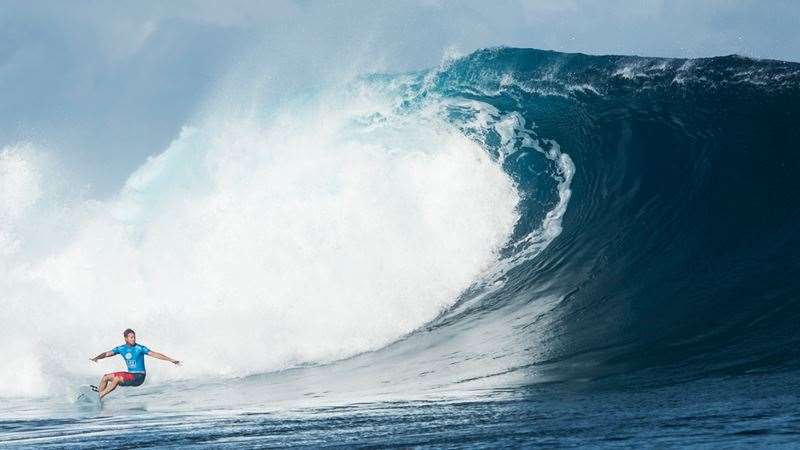 Burrow To Skip The European Leg Of The Tour

Although Taj Burrow is well placed to chase the world title that has always eluded him (Taj is ranked number 6 with as many events to run), he recently told Tracks that he wouldn’t be contesting the European leg of the tour because he and girlfriend, Rebecca Jobson, were expecting the birth of their first child.

“A lot of people say ‘What if you are in title contention?’ I’m like ‘Na, it’s not going to change a thing. There’s no way I’m going to miss the birth of my baby.”

Opting out of the European leg will mean Taj skips two events, a decision that will likely put him out of contention for the title race. However, while Taj definitely falls into the category of greatest surfers never to win a world crown, the 37-year-old was adamant that he wasn’t haunted by his failure to claim a title.

“I don’t yearn for it. I’m not upset with my career or anything. I don’t dwell on it at all. And I don’t have the drive for it… In events right now I feel so much more relaxed. I’m not as fired up anymore – not even close – but I’m still really enjoying myself. I just look at how lucky we are at events to be surfing good waves with one other guy in the lineup.”

Talking with Tracks while on a trip to New Zealand, Taj suggested he was looking forward to a new phase of his life as a father.

“I’m definitely really excited. It’s a whole new chapter. I haven’t done it before so I don’t know what I’m in for, but a lot of people are telling me that it’s the best thing that’s ever happened to me.”

When it was suggested that fatherhood had inspired some surfers on to better contest results Taj agreed but made it clear he wasn’t looking to use becoming a Dad as something to give him a competitive edge.

“I’ve seen a lot of people go on a tear after they had kids. Danny Wills was someone who couldn’t go anywhere on tour without his kids and he won two events in a row after the birth of his first boy… I don’t think that will be the case for me so much, I’m not as competitive as I use to be. I’m just excited about that next chapter where I do get to start a family, and not so much the effect it will have on my competitive career.”

Although he might not be as preoccupied with competition, the way Taj has been surfing in and out of events indicates that the 37-year-old is still amongst the best of the best. Who knows, perhaps a more relaxed, fatherly-focused Taj will be an even bigger threat in 2016. There are certainly plenty of fans that hope so.

Here’s a little bit of footage of Taj freesurfing last year in Europe courtesy of mySURF.tv