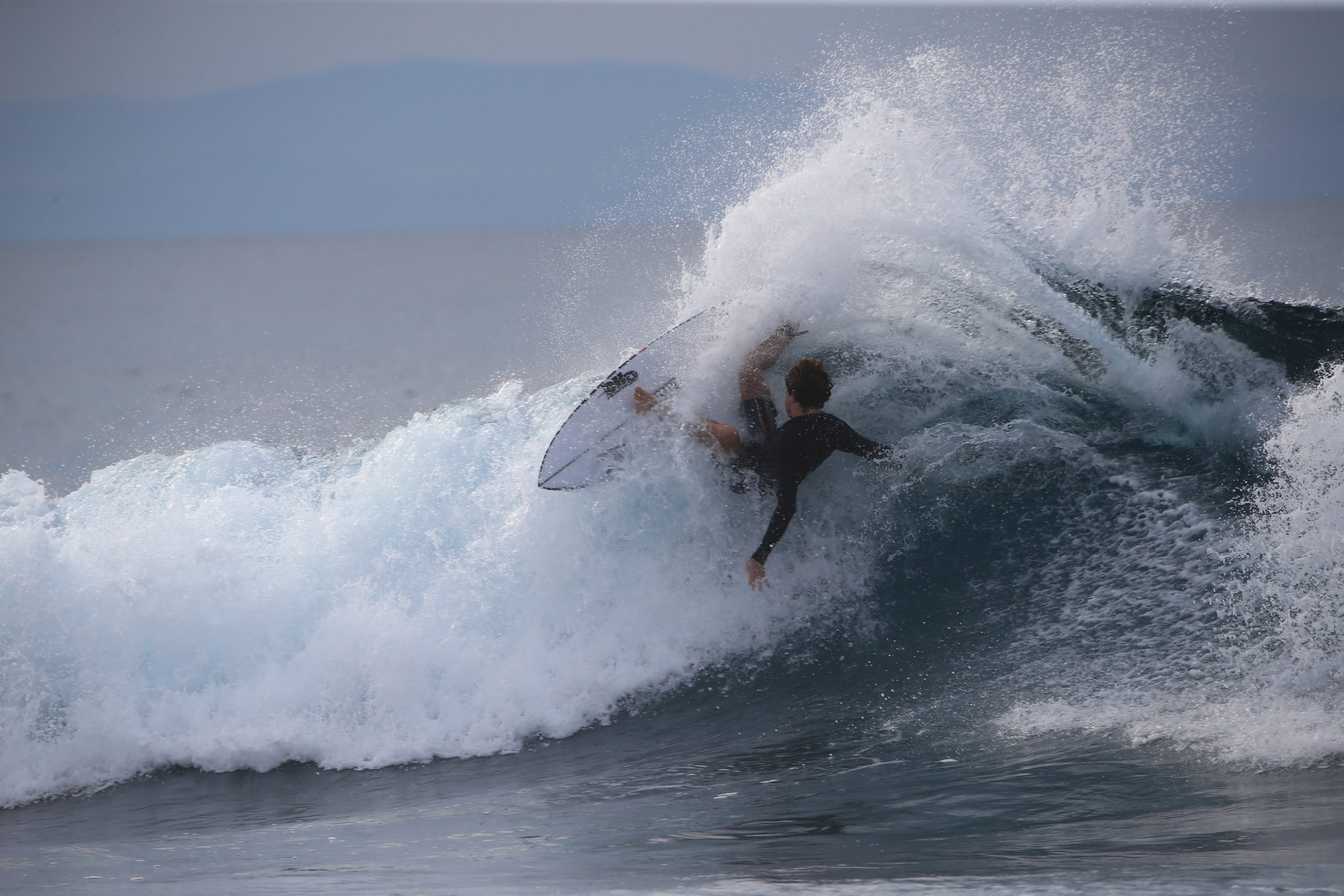 Three Aussie natural footers in a solid position to claim a slot on the 2022 CT.

Australia currently boasts three surfers inside the qualification zone for the 2022 CT. Liam O’Brien, Jackson Baker and Callum Robson are all well in contention to qualify with two contests remaining on the WSL Challenger series.

If all three are successful in their quest they will join Morgan Cibilic, Jack Robinson, Ryan Callinan, and Ethan Ewing in surfing’s top flight in 2022, taking the total number of Australians on tour to seven.

All three CT contenders were part of Tracks trips in a time before COVID. Robson and O’Brien travelled to Simeulue in 2019 while Baker scored the cover of Tracks on a trip to the Mentawais back in 2016.

Of the three contenders, Burleigh surfer Liam O’Brien is probably the best known. O’Brien came close to qualifying for the 2020 tour (which became the 2021 tour). His runner-up finish in the US Open to Yago Dora in 2019 was a break-out performance, while this year the WSL tossed him a couple of wildcards and he didn’t waste the opportunity. At The Rip Curl Rottenest Island Search event O’Brien made it to the semis, accounting for world number two Filipe Toledo along the way. Ultimately O’Brien was defeated by good friend Morgan Cibilic in the semis, but proved he is more than capable of mixing it with the world’s best. Blessed with brains as well as surfing ability O’Brien took advantage of the 2020 downtime to put a dent in the engineering degree he’s been deferring since he left school. He’s also scribed the odd piece for Tracks and was entrusted with overseeing our board test in 202O. Of the three Ozi contenders, O’Brien is ranked highest at number five. However, he’s been close to qualifying before. Fingers crossed he holds on this time.

Baker is not far behind at seventh, a healthy ranking given the WSL leaderboard tells us that there are 12 slots available on the CT. If Baker qualifies he will continue the long tradition of Newcastle surfers who have risen to the sport’s highest level. On land, Baker is more quintessentially Australian than a vegemite sandwich washed down with a VB, while in the water he boasts a classic rail game and deft timing. At age 24, he’s been toiling on the QS for a number of years now and has the benefit of experience going into the final two events of The Challenger Series, which will be held in France and Hawaii (Haleiwa) respectively.

Callum Robson, who is currently ranked at number ten in the challenger series, grew up surfing at Evans Head on the north coast of NSW. After a successful junior career, Robson hedged his bets and started working as an apprentice carpenter with his dad’s building company. Fortunately, his dad gave him time off to compete and the solidly built natural footer now finds himself within striking distance of the CT dream. Robson’s surfing is typically done at full-throttle and he possesses a lethal arsenal of airs.

Robson knows he can always go back to the tools but he’d much rather be getting barrelled in the Pipe Masters come late January when the 2022 CT kicks off.

No Australian women currently reside in the crucial top five qualification zone, on the Challenger Series but a lot can happen in two events. Macy Callaghan sits at number seven and will be intent on reclaiming her position on the CT. Callaghan was virtually unbeatable as a junior in Australia and one senses she still has more to offer in surfing’s top flight.