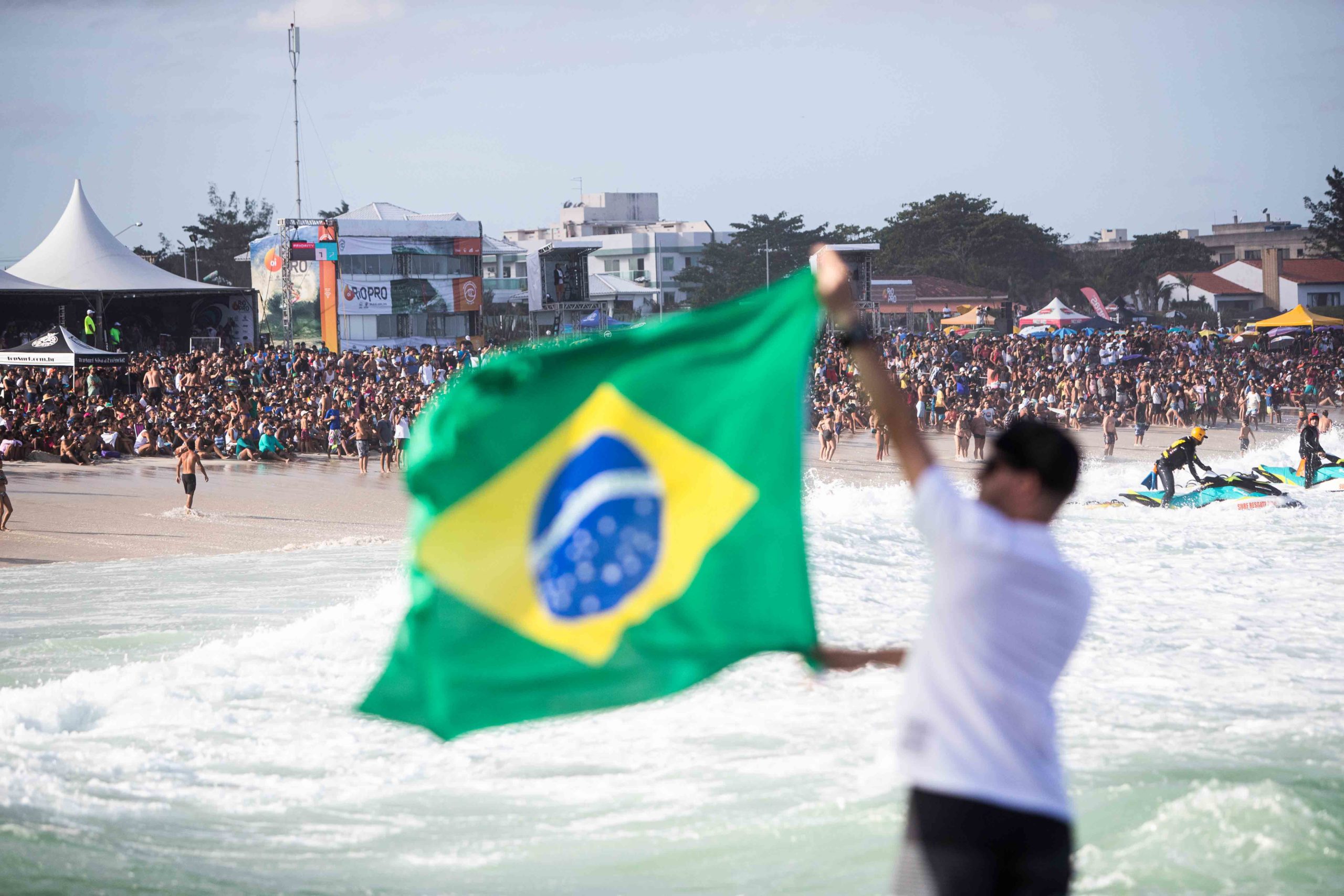 The World Surf League returns to Brazil for event no. eight of the Championship Tour (CT) in what’s regarded as the most chaotic stop on the WSL tour. As we head into the back end of the 2022 season there is no time to relax for the CT surfers with less than a week to prepare for the Oi Rio Pro following El Salvador.

Oi Rio Pro is hosted at the beach town Saquarema which is 73 kilometres from the centre of Rio De Janeiro. Home crowd advantage is real in Brazil with an estimated 149,000 passionate fans watching the event at Saquarema in 2019. The Rio Pro breaks the record for most wildcards of the year with a staggering nine surfers to cause some chaos in the event.

Title contender Tyler Wright is out of the event with another setback, she did not receive a travel visa in the specified time. Long-time rival Sally Fitzgibbons will be her substitute picking up another wildcard.

John John (knee), Kelly (unknown), Barron Mamiya (illness), and Seth Moniz (knee) are out of Brazil with injuries or illnesses. We see the return of fan-favourite and mid-year-cut victim Joao Chianca whose received a wildcard to compete at his home-country’s event. The other wildcards of the event are Gabriel Medina, Yago Dora, Miguel Tudela, Michael Rodrigues, Mateus Herdy, Caroline Marks and Sol Aguirre.

Event window for competition starts this Thursday and will end the following week (23-30 June). Saquarema has two breaks Barrinha and Itauna.  Barrinha when it’s pumping is a wedgy right while Itauna is usually a peaky left hander. Both spots can handle big swells, but Itauna is the more consistent of the two breaks.

Solid two-to-four-foot waves with promising conditions are expected for the opening days of the event window. A south swell is set to peak on Sunday, but it’ll also bring unfavourable onshore winds. Conditions and swell will slowly ease till the end of the waiting period.

Who does Rio favour?

Sam: I should be fired by Tracks if I don’t mention the Brazilian storm. The last non-Brazilian male to win was John John back in 2016. I’d put Filipe and Italo as the front runners with their form and ability in small beach-break waves. All the best Brazilian’s have the high-performance surfing to win, it will depend on wave-selection and how they handle the pressure at home. Griffin’s years of hustling at small beach breaks such as Huntington and San Clemente will help him at Saquarema. Plus the fact he’s full of mojo after picking up his second CT win at El Salvador.

Sally Fitzgibbons has won the Rio crown three times most recently in 2019. Sally’s excellent fundamentals always serve her well at peaky beach-breaks. Determination to prove her worth after being cut mid year could work in her favour and possibly lead her to a fourth Rio win.

Luke:  No surprises here. The Brazilian trio of Medina, Ferreira and Toledo should thrive in front of the home crowd. Caroline Marks is on the comeback trail and Tatianna will also be looking to make a point of doing well, having embraced her Brazilian heritage.

Sam: Any non Brazilian who wins on the men’s side would be a surprise. Connor O’Leary’s sharp and well-rounded surfing will suit Saquarema. Late event wildcard Mateus Herdy is in the same pedigree as his idols Filipe and Gabe when it comes to dynamic surfing. The 18-year-old will strike some fear into the higher seeds knowing what he can do in the air.

On the women’s side anyone could make a case, but wildcard Sol Aguirre could cause some upsets. The Peruvian has an impressive backhand and could suit Saquarema if Itauna’s left is firing.

Luke: Jadson Andre is a crowd pleaser and don’t dismiss Ethan Ewing if the waves have some punch. Isabella Nichols has the big moves to do well as does Gabriela Bryan.

The match-ups we want to see?

Sam: Gabe vs Joao Chianca could be almighty viewing; Gabe can take his new favourite CT surfer into deep waters.

Steph and Sally would be a fun one, the two veterans will always want to one-up each other especially in front of thousands of fans.

Luke:  Toledo vs Italo in a dizzying clash. Ewing vs Medina in a contrast of styles.

Tatianna and Carissa in a Trestles, finals day rematch.